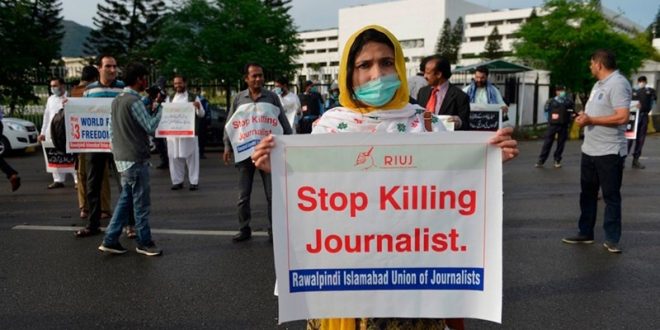 US ‘concerned’ over Pakistan media curbs 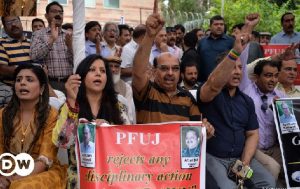 ISLAMABAD/ KARACHI/ WASHINGTON: The United States has expressed concern over press freedom in Pakistan after a television channel considered to be sympathetic towards former Prime Minister Imran Khan was briefly blocked by the government.

“We are concerned that media and content restrictions, as well as a lack of accountability for attacks against journalists, undermine the exercise of freedom of expression,” US State Department spokesman Ned Price told reporters on Tuesday.

Price was responding to a question from a journalist working for the ARY Network, which was blocked for more than three weeks before it was allowed back on air on September 3.

Price acknowledged the pressure on the popular television network that the Pakistani government has accused of “hateful, seditious and malicious content”.

“I know that your outlet, ARY, has not been immune to this constricted space. We routinely raise our concerns about press freedom to all stakeholders around the world, including to our partners and our counterparts in Pakistan,” he said.

After it was temporarily blocked in August, ARY had to let go of some of its senior presenters while one of its senior executives was briefly arrested. 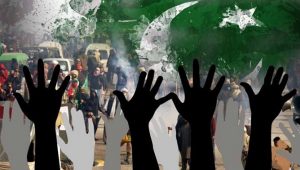 The country’s media regulatory body said the channel was ordered to close because it “did not submit application for renewal of its licence”.

Sami Ibraham, president and managing director of the channel, told Al Jazeera there is pressure on the management to remove a few individuals from the company, including himself.

“On the face of it, it is the incumbent government exerting pressure, but we have not relented and not a single person has been removed,” he said.

Bol News has been controversial in the past as well. Its licence was revoked several times in the last few years following multiple complaints related to inciting violence and alleged hate speech by its anchors.

Khan was removed from office through a parliamentary vote of no-confidence in April. Since then, the cricketing icon-turned-politician has been holding massive public rallies demanding new elections.

On several occasions, the broadcast of his speeches on YouTube was allegedly blocked by authorities. Several journalists and media outlets considered close to Khan have witnessed a crackdown since April. 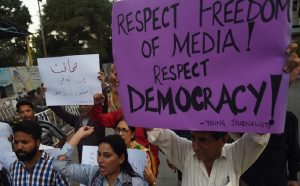 In a tweet on Tuesday night, Khan said the government is “persecuting journalists who give our views a voice, suspending TV channels and YouTube to prevent my coverage”.

Pakistan has a history of media blackouts and suppression of dissenting voices, which is often blamed on the country’s powerful military which has ruled for more than half of Pakistan’s 75-year history as an independent nation.

Khan’s own tenure as prime minister between 2018 and 2022 saw cases of suppression of press freedom and violence against journalists.

In a report last year, the RSF called Khan one of the “predators of press freedom” in a list of global leaders accused of suppressing dissenting voices.