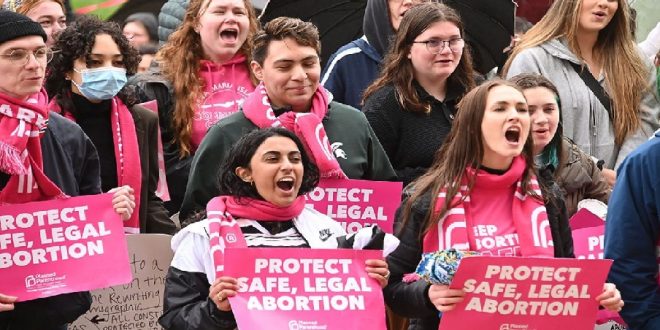 MICHIGAN: After months of court battles and uncertainty over abortion rights, the US swing state of Michigan has passed a ballot measure that will enshrine reproductive rights in its constitution.

The measure, part of Tuesday’s midterm elections, effectively restores the rights that were called into question in June when the United States Supreme Court overturned Roe v Wade, the landmark 1973 decision that protected abortion access for nearly half a century. 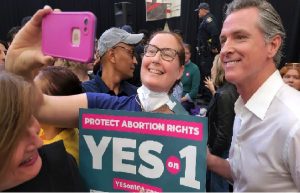 Proponents of the measure, known as Proposal 3 (PDF), rallied a groundswell of support, collecting more signatures than any other ballot initiative in state history in order to put the issue to a vote.

“We saved lives by passing this in Michigan,” said Darci McConnell, a spokesperson for Reproductive Freedom for All, the group that initiated Proposal 3.

The measure will also block the enforcement of a 1931 state law that outlawed abortion except to save the life of the parent. If Michigan had banned abortion, researchers at the University of Colorado Boulder found that the state’s maternal mortality rate could have increased by 25 percent. That rate would have been significantly higher for Black women, who already face disproportionately high rates of maternal mortality in the US.

Michigan was one of five states that had abortion on the ballot in the midterms, and all five states voted in support of abortion access.

The outcome was expected in left-leaning states like California and Vermont, where voters passed ballot measures to amend their state constitutions to guarantee the right to reproductive rights including abortion but conservative 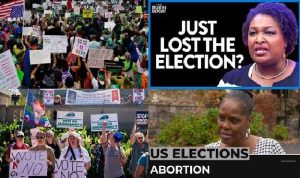 states also saw surprising victories for abortion advocates. When the Supreme Court struck down Roe v Wade, it triggered a Kentucky law that immediately banned abortion, except in medical emergencies. In addition to the ban, anti-abortion activists put forward a ballot measure that would have amended the constitution to prohibit the right to abortion.

This past Tuesday, Kentucky voters blocked the measure, but abortion remains illegal in Kentucky. A lawsuit challenging the ban is set to be heard by Kentucky’s high court next week.

Montana voters also narrowly rejected a ballot measure that would have required healthcare professionals to take “all medically appropriate and reasonable actions to preserve the life” of any infant born alive. This would have applied to rare cases of live birth after an abortion, often resulting from a birth defect or maternal complications. However, infanticide is already illegal in Montana.

Doctors and nurses who failed to provide treatment would face felony charges, with a $50,000 fine and up to 20 years in jail. 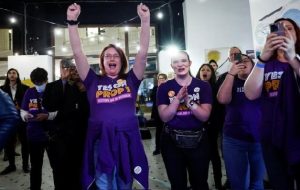 The Montana Medical Association opposed the measure, saying it would force clinicians to “provide resuscitative efforts to any infant born with a heartbeat, breathing, or movement, regardless of gestational age or medical conditions”. The association also feared the rejected measure would have outlawed palliative care in cases of lethal foetal birth defects or pre-viable preterm birth.

In Michigan, a Rust Belt state with a Republican-led legislature and a Democratic governor, doctors had the right to perform abortions for nearly 50 years but when the Supreme Court overturned Roe v Wade that right was suddenly in jeopardy.

The state would have reverted to the 1931 law banning abortion in most cases. But before the Supreme Court overturned Roe v Wade, Michigan’s Governor Gretchen Whitmer and Planned Parenthood of Michigan initiated litigation asking a state court to declare the 1931 law unconstitutional and to block enforcement of the law. (Int’l Monitoring Desk)