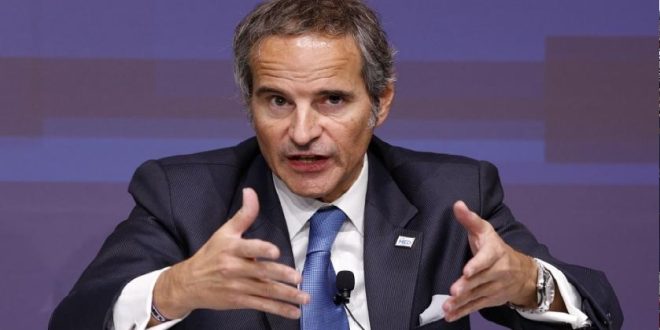 BRUSSELS: The head of the UN’s nuclear watchdog said on Tuesday he plans to go to Iran next month for “much needed” talks on getting it to resume cooperation over its nuclear activities.

“I might be back in Tehran… in February, perhaps, for a much-needed political dialogue, or reestablishment thereof, with Iran,” Rafael Grossi, director general of the International Atomic Energy Agency (IAEA), told lawmakers in the European Parliament. 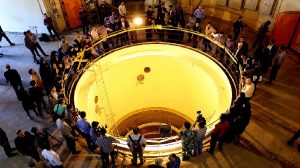 Such a trip would come at a bleak time for EU-mediated negotiations aimed at bringing back a 2015 agreement that was struck to curb Iran’s atomic activities in return for a lifting of international sanctions.

That accord, known as the Joint Comprehensive Plan of Action (JCPOA), is moribund after the United States under Donald Trump withdrew in 2018 and Tehran progressively rolled back its compliance.

Grossi noted the “big, big impasse” on the JCPOA and said that Iran’s own pullback from it including disconnecting 27 IAEA cameras monitoring its declared nuclear sites means the IAEA was no longer effectively monitoring Tehran’s nuclear program.

“I’ve been blind on this aspect for at least a year,” he said.

Grossi said he hopes to “be making some progress” on restoring Iranian cooperation with his agency during his planned visit.

Speaking about Iran’s recent atomic activities, including enriching uranium well past JCPOA-mandated limits towards a level needed for nuclear weapons, Grossi said: “That trajectory is certainly not a good one.” 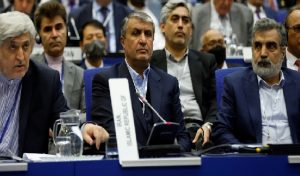 As well as failing to explain to the IAEA radioactive traces found in locations that were not declared as nuclear sites, Iran’s growing stock of enriched uranium is of concern, he said.

“They have amassed enough nuclear material for several nuclear weapons not one at this point,” he said, listing 70 kilograms of uranium enriched to 60 per cent purity and 1,000 kilograms at 20 per cent.

The threshold for making nuclear weapons is considered to be nearly 90 per cent purity.

Enrichment above the 3.67-per cent level Iran was allowed under the JCPOA for civilian use greatly speeds up progress towards that point.

Grossi, however, noted that the big stockpile of enriched uranium “doesn’t mean they have a nuclear weapon”.

Building an atomic bomb would require designing and testing, he said.