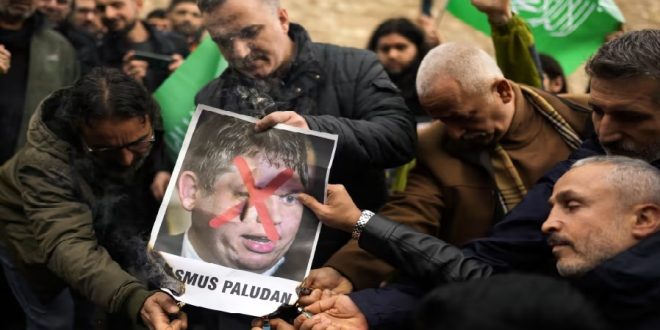 UNITED NATIONS: The high representative of the United Nations Alliance of Civilizations has condemned the burning of the Muslim holy book by a Swedish-Danish far-right politician as a “vile act”.

Rasmus Paludan, leader of the Danish far-right political party Hard Line, carried out the stunt outside the Turkish embassy in Sweden under the protection of local police on Friday.

“While the High Representative stresses the importance of upholding the freedom of expression as a fundamental human right, he also emphasizes that the act of Quran-burning, amounts to an expression of hatred towards Muslims,” a spokesperson for Miguel Angel Moratinos said in a statement released on Sunday. 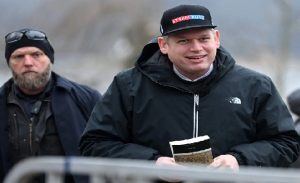 “It is disrespectful and insulting to the adherents of Islam and should not be conflated with freedom of expression,” the statement added.

Moratinos, who heads a UN agency that describes itself as “devoted to promoting understanding across diverse communities”, said he was concerned about the rise in “discrimination, intolerance and violence … directed against members of many religious and other communities in various parts of the world”.

He called for the building of “mutual respect” and promotion of “inclusive and peaceful societies rooted in human rights and dignity for all”.

Shortly after Paludan burned a copy of the Quran, Turkey’s foreign minister, Mevlut Cavusoglu, condemned Swedish authorities for failing to ban the protest.

“It’s a racist action. It’s not about freedom of expression,” he said.

Arab countries including Saudi Arabia, Jordan and Kuwait have also denounced the stunt as well as other Muslim-majority countries such as Pakistan and Somalia. 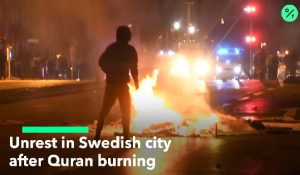 “Allowing this hateful act that insults Islamic sanctities and values is completely unacceptable,” Somalia’s foreign ministry said in a statement on Monday. “It is nothing but a demagogic practice that promotes hatred and racism and serves the agendas of extremism and terrorism.”

In a post on Twitter, Swedish Prime Minister Ulf Kristersson said that while freedom of expression was a fundamental part of democracy, “what is legal is not necessarily appropriate.”

“Burning books that are holy to many is a deeply disrespectful act,” he said.

A group of protesters gathered outside the Swedish embassy in Ankara over the weekend to decry the Quran burning. In Bangladesh, people also demonstrated against the incident.

In April, Paludan’s announcement of a Quran-burning “tour” during the Muslim holy month of Ramadan sparked riots across Sweden.

Meanwhile, Turkey denounced Sweden after protests in front of its embassy in Stockholm including the burning of a Quran by far-right supporters and a separate demonstration by Kurdish activists.

Ankara said on Saturday it was cancelling a visit by Sweden’s defence minister aimed at overcoming Turkey’s objections to its NATO membership. Sweden needs Turkey’s backing to gain entry to the military alliance as fears in Europe grow after Russia’s invasion of Ukraine. (Int’l News Desk)