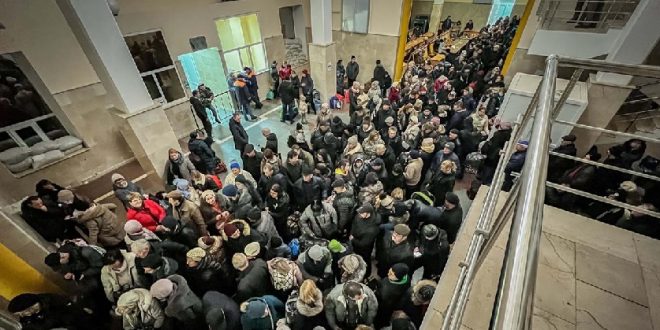 KYIV: Ukrainians on Sunday marked one month since Russia’s troops withdrew from Kherson and its vicinity. The region had been occupied for eight months. 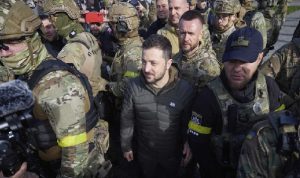 Since then, residents have struggled to regain normalcy, dealing instead with the aftermath of the lengthy occupation, as shelling continues to batter the southern Ukrainian city.

Kherson’s regional administration said shelling has killed 41 people over the past month, including a child, while 96 people were hospitalized.

Access to electricity is still unreliable, although water is largely connected. Indoor heating has only very recently been restored to roughly 70-80% of the city, the result of Russians destroying one major central heating station last month.

The city’s main police station, where detainees were reportedly tortured, was packed with explosives and made impenetrable to demining squads, which has hindered investigations into what happened there.

Ukrainian forces have had the painstaking task of clearing the myriad of mines and hidden explosives left behind by the Russians.

“The difficulties are very simple, it’s the weather conditions,” one unnamed military demining squad member told media, adding that some of their equipment simply does not work in frost conditions “because the soil is frozen like concrete.” 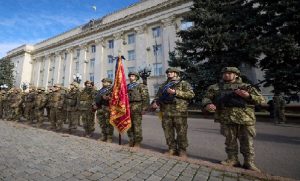 Kherson sits in an agricultural region that produces crops as diverse as wheat, tomatoes, and watermelon, but the fields are so heavily mined that some 30% of arable land in the region is unlikely to be available for planting in the spring, the unnamed deminer told media.

As a result of the occupation, regional officials say some 80% of Kherson’s pre-war population of about 320,000 fled. Only some 60,000-70,000 residents remained, making the city feel like a ghost town.

Meanwhile, British foreign minister James Cleverly said that any peace talks in Ukraine cannot be a fig-leaf for Russian rearmament, adding that he had not seen any signs that Moscow would enter into negotiations in good faith.

The UK wants to see peace talks sooner rather than later, but Ukraine should set the parameters for any negotiations that are held, Cleverly said.

“Any negotiations need to be real, they need to be meaningful, they can’t just be a fig leaf for Russian rearmament and further recruitment of soldiers,” he added.

Earlier, Ukraine’s ambassador to Germany, Oleksiy Makeyev, said he received guarantees from the German government about future arms deliveries. “In direct talks, we were assured of more weapons and more ammunition. Which ones, we will jointly announce in due course,” Makeyev told the Welt am Sonntag newspaper. 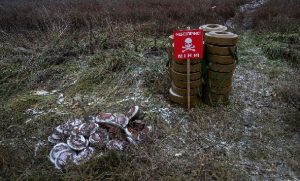 The Ukrainian ambassador said he did not want to put diplomatic pressure on Berlin but wanted “Germany to deliver what it has more quickly.”

Estonia called on Germany and other allies to offer more support to Ukraine. Estonia, one of the smallest EU countries, delivered weapons to Ukraine before Russia invaded in February.

Prime Minister Kaja Kallas told Germany’s DPA news agency, “I urge all the allies, including Germany, to send whatever you have in order for Ukraine to defend themselves.”

She added, “it’s not only a matter of sovereignty and freedom of one country in Europe, but it’s also a matter of security for the whole of Europe and also the rules-based order in the world that if you are attacked, you have to be able to defend yourself.”

“If all the allies would have sent weapons already in January or February, a lot of human lives would have been saved,” she added. (Int’l News Desk)