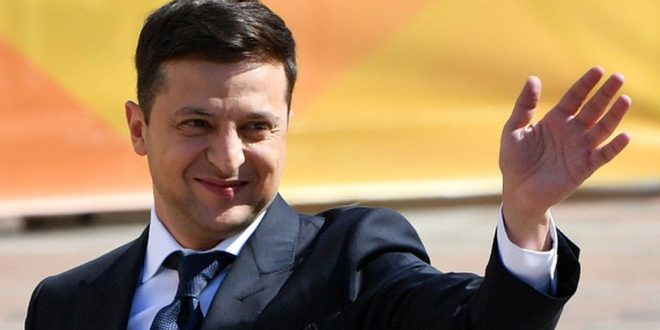 KYIV/ MOSCOW: President Volodymyr Zelenskyy has said Ukraine is concentrated on “peace” as it gears up defences in the face of a Russian military buildup.

His remarks on Wednesday, delivered in Ukraine’s capital alongside visiting Dutch Prime Minister 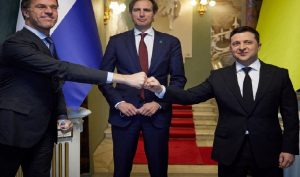 Mark Rutte, came after Russian President Vladimir Putin on Tuesday accused the West of trying to provoke Moscow into a war.

In his first comments on the Ukraine crisis in more than a month, Putin also reiterated Russia’s security demands and said it was clear that the Kremlin’s “fundamental concerns” had been ignored by Washington and NATO.

Boris Johnson, who met Zelenskyy in Kyiv on Tuesday, will speak to Putin by phone on Wednesday but in a sign of Moscow’s growing frustration, before the call with the British prime minister, the Kremlin said Russia was ready to talk with the “utterly confused”.

Elderly Ukrainians: ‘I was born in a war and will die in war’

Some of the 900,000 pensioners living on the front line of a years-long war in eastern Ukraine fear they will not see a resolution to the conflict in their lifetime.

“At least with World War II, things were over quickly. This war lingers and is now in its eighth year; we can only hope that everything will be over soon,” Maria, an 86-year-old grandmother in Orikhove, told media. 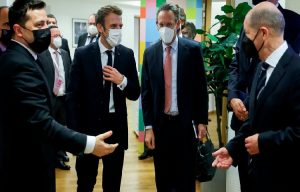 US troops to deploy to Eastern Europe in coming days: Reports

The Pentagon is expected to imminently announce that US troops will be sent to Eastern Europe in the coming days after President Joe Biden formally approved additional military deployments to the region, an unnamed US official has told Reuters.

Biden has directed more than 3,000 US troops to deploy to bolster European allies, the Wall Street Journal reported.

About 2,000 American troops will deploy from the US to Poland and Germany and about 1,000 will reposition from Germany to Romania, the Journal said.

‘Every effort must now be made to de-escalate’

Rutte says he and Zelenskyy agreed “every effort must now be made to de-escalate the dangerous situation in which we find ourselves”, “and I believe, we believe that the only route to a solution is through de-escalation, diplomacy and dialogue,” the Dutch PM told reporters.

Further Russian aggression against Ukraine will trigger a “robust” package of Western sanctions, Rutte said, adding that the Netherlands, a NATO member, had offered assistance to Kyiv to fend off cyberattacks. 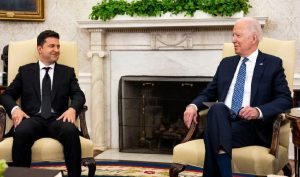 Kyiv focused ‘only on peace’: Zelenskyy

Ukraine’s president says Kyiv is focused “only on peace” but that his country has the right to defend itself in the event of any attack from Russia.

“Our only concern is peace and ending the occupation of territory through purely diplomatic means,” he said at a press conference alongside Rutte following the pair’s talks, citing Kyiv’s battle with separatist rebels in eastern Ukraine.

Zelenskyy added that arms delivered to Ukraine by its Western allies were for “defence” only. Moscow has repeatedly raised the alarm over the weapons being supplied to its neighbor.

Johnson says his trip to Kyiv was a show of support for Ukraine and its “territorial integrity of Ukraine at a very difficult time”. (Int’l Monitoring Desk)