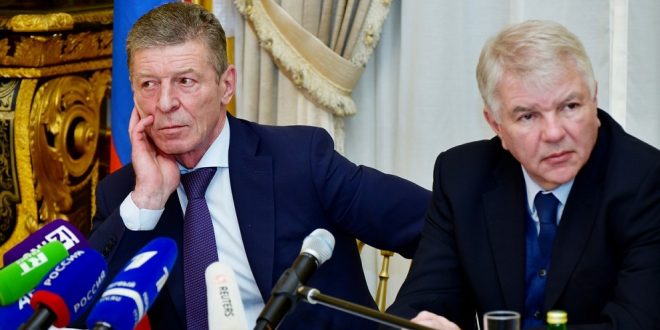 Ukraine asks for ceasefire in talks with Russia

KYIV / MOSCOW: The international media summarizes war-hit Ukraine and Russia as under;

Negotiators for Kyiv and Moscow are holding talks in Belarus but expectations are not high. 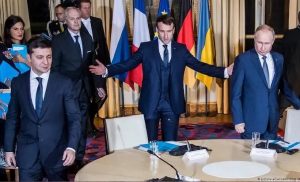 Before the meeting, President Zelensky urged Russian troops to lay down their weapons and called for immediate EU membership.

On the fifth day of the Russian invasion of Ukraine, people in Kyiv are emerging from their homes after a weekend-long curfew.

Russia doubles its interest rate to 20% as its currency plunges and experts warn of a possible run on banks.

Reports suggest Belarus – a close Russian ally to Ukraine’s north, is going to deploy its own soldiers to fight. 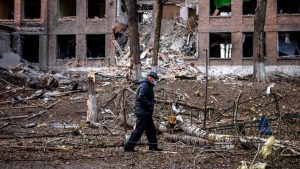 Vital oxygen supplies to treat patients sick with COVID and other critical illnesses, and war injuries, are running dangerously low in Ukraine, the World Health Organization (WHO) has said.

Trucks have been unable to transport supplies from plants to hospitals within the country, including the capital Kyiv, meaning available stocks could run out within the next 24 hours.

The WHO said it is working with partners to get urgent shipments through Poland.

The WHO said several manufacturing plants in Ukraine were also facing shortages of zeolite, a crucial, mainly imported chemical product that is needed to make safe medical oxygen.

Hospital services are also under threat from electricity and power shortages. 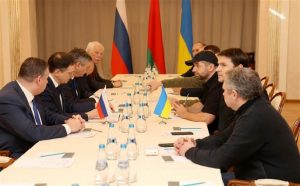 Dozens of civilians have been killed and hundreds more injured during heavy Russian shelling of the eastern Ukrainian city of Kharkiv, Ukrainian officials say.

Anton Herashchenko, an adviser to Kyiv’s interior minister, wrote on Facebook that Moscow’s troops had bombarded residential areas with Grad missiles, saying: “Dozens have been killed and hundreds wounded!

“The whole world must see this horror! Death to the occupiers!”

It is not possible at this stage to say exactly how many civilians have been killed so far. The UN Human Rights chief Michelle Bachelet said earlier today that at least 102 civilians had been killed, with a further 304 people injured.

“Most of these civilians were killed by explosive weapons with a wide impact area, including shelling from heavy artillery and multi-launch rocket systems, and air strikes. The real figures are, I 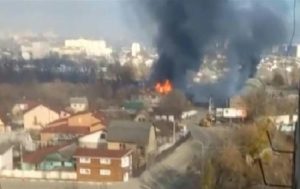 Surges in global oil prices prompted by Russia’s invasion of Ukraine are being felt at the petrol pump in the UK.

Russia is the second-biggest exporter of crude oil, and while only 6% of UK imports come from Russia, there are concerns sanctions could restrict supplies worldwide and drive up prices. (Int’l Monitoring Desk)