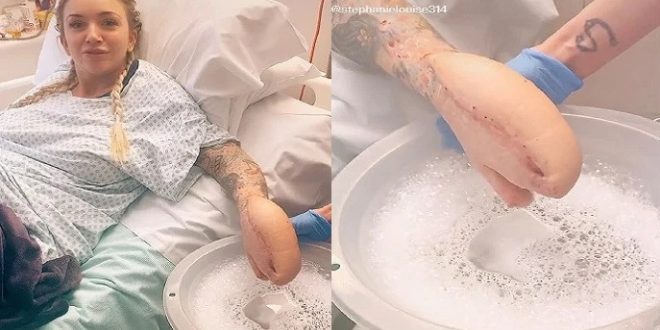 LONDON: A woman’s hand in the United Kingdom ended up looking like a ‘shark’s head’ after her surgery battling sepsis, media reported.

Sepsis is a grave condition where the body begins to harm its own tissues.

34-year-old Sadie Kemp shared the video of her hand on her TikTok profile. The video soon went viral, garnering more than 75 million views. 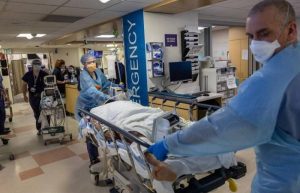 “I wasn’t aware my hand was going to look like a shark’s head till it had actually been released from my abdomen,” The Mirror quoted her as saying.

Kemp had visited the doctors as a result of sharp pain in her abdomen and back. At the time, she was prescribed painkillers.

Later, on Christmas Day, the woman had to be rushed to the hospital urgently when the doctors put her in an induced coma for two weeks. After being diagnosed with kidney stone, she was taken for surgery to remove the stone.

The doctors realized, however, that the stone had engendered an infection that led to sepsis. Consequently, the doctors were compelled to amputate her fingers. They then sewed her hand into her abdomen to ensure blood flow within it.

Her attitude towards this life event was what surprised the internet when she even posted a video of her hand singing ‘Baby Shark’.

Kemp, who is currently undergoing treatment in Peterborough City Hospital, has been told that her other hand and both legs below the knee need to be amputated. (Int’l News Desk)