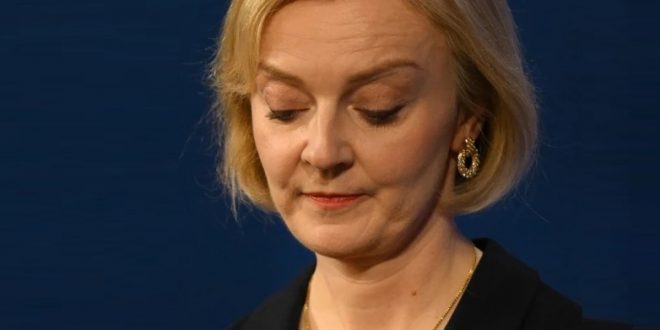 LONDON: Just a month-and-a-half after taking office, British Prime Minister Liz Truss has announced her resignation as leader of the governing Conservative Party and said a new party leader and prime minister would be selected next week. 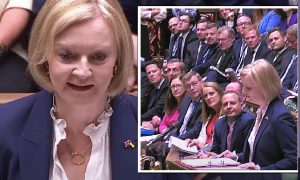 Thursday’s development came after her new chancellor of the exchequer, Jeremy Hunt, rolled back virtually all of her economic agenda.

Hunt’s move was supposed to be an impetus for growth, but it became Truss’s declaration of political bankruptcy.

At the beginning of this month, at the Conservative Party Conference in Birmingham, Truss had still attempted to rally the party around her controversial approach of boosting the United Kingdom’s economy. “I have three priorities for the economy: growth, growth, growth,” she said.

But what was supposed to be a change from the tumultuous era of former Prime Minister Boris Johnson, a sense of chaos under Truss unraveled at a pace that is almost unprecedented in British history, Nicholas Allen, professor of politics at Royal Holloway, University of London, told media.

“Previous prime ministers’ central policies have unraveled very quickly, for instance Neville Chamberlain’s leadership during the spring of 1940, Sir Anthony Eden’s Suez adventure, and David Cameron’s campaign to remain in the EU. I can also think of the backlash to Gordon Brown’s decision not to call a general election in the early 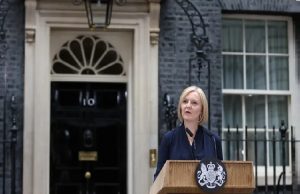 autumn of 2007,” Allen said “but no new prime minister’s position has unraveled so early into their premiership or as catastrophically as Truss’s has over the last few weeks.”

The 47-year-old, who entered parliament in 2010, found herself in a first cabinet position in 2014 as secretary of state for environment, food and rural affairs under former Prime Minister David Cameron.

She since served under Theresa May and Johnson in various positions.

In 2021, she was handed the top role of foreign secretary.

After Johnson’s announcement to step down, she entered the leadership contest and won the race to succeed with 57.4 percent of the members’ vote against Rishi Sunak, who obtained 42.6 percent.

She promised radical tax cuts and high spending to curb energy prices, her very own version of supply-side economics.

According to her plan, one that her role models former British Prime Minister Margaret Thatcher and former US 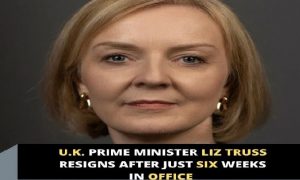 President Ronald Reagan successfully implemented in the 1980s, albeit under very different circumstances, lower taxes, particularly for the wealthy, lead to investments.

However, when then-Chancellor of the Exchequer Kwasi Kwarteng presented Truss’s plans in a so-called mini-budget a few weeks ago, financial markets reacted in shock and incredulity. (Int’l News Desk)