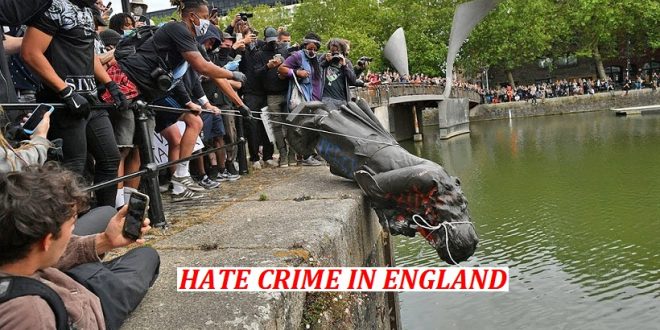 LONDON: The British government released its latest hate crime statistics for England and Wales (2021-22) with the key finding that hate crimes recorded by the police have increased by 26% in the year ending March 2022 compared with the previous year. 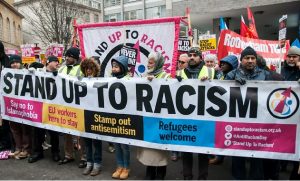 It is important to note the caveat that it is not clear if this represents a “genuine rise,” both because there have been significant improvements in the way the police record crime and victims also may have greater confidence in reporting such crimes to the police.

These statistics provide a vital insight into the patterns and most common forms of hostility in England and Wales towards someone based on particular personal characteristics (race, religion, sexual orientation, disability, and transgender identity) but to gather a holistic picture, these hate crime statistics must be set within the context of wider trends in hostility and prejudice reflected in media narratives, social media use and political discourse.

These numbers exceed the total offences because some crimes can have more than one motivating factor.

The trends are quite different when the focus is on increase since the previous year. In descending order, transgender hate crimes have increased by 56%, disability by 43%, sexual orientation by 41%, religion by 37% and race by 19%. 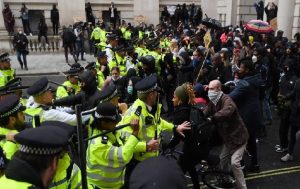 The report states that these annual increases are in part because of lower crimes recorded during the periods of COVID-19 restrictions, but that there may have been an increase in hate crimes against transgender people because of increased discussion on social media around transgender issues.

The UK has often been regarded as one of the safest countries worldwide for sexual minorities, and so the sharp increase in related hate crimes is a reminder that more has to be done to tackle such prejudices, even if they are taken seriously by the authorities.

While the report states that there may have been lower recorded crimes during the COVID-19 lockdowns, racist and religiously discriminative media narratives must be acknowledged.

Muslims, in particular, around the world were scapegoated for allegedly exacerbating transmission of the virus during Ramadan, and Muslims in the UK were no exception sadly.

In an analysis of four mainstream British newspapers, Elizabeth Poole and Milly Williamson suggested that Muslims in the UK were once again dichotomized into “good versus bad Muslim/immigrant,” with Muslim key workers presented as the “good” Muslim/immigrant versus “other Muslims.” 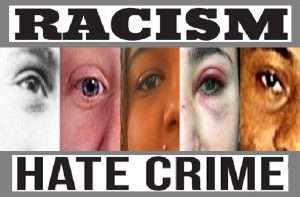 They also extend their analysis to how these newspapers present Muslims in other countries, often using images of “mass gathering of Muslims, particularly in the build-up to Ramadan.”

For example, one reported that “Pakistan’s government has struggled to enforce social distancing rules at mosques and religious gatherings.”

Such images are reminiscent of the colonial and orientalist sentiments that remain today, portraying Muslims as an unruly mass.

The second most targeted religious group was Jewish people again at 23% of religious hate crimes, followed by Christians at 8% and Sikhs at 4%. 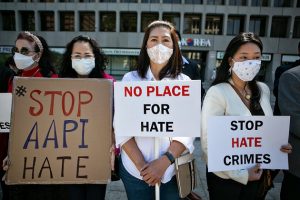 As with last year’s report, spikes in racially and religiously aggravated offences have been identified following specific events.

A fourth spike has been identified in the summer of 2021, put down not to specific events as above, but described largely as an “increase of racially or religiously aggravated public fear, alarm or distress offences”.

One event that should be noted here, however, in terms of racially aggravated offences is the Euro 2020 final, held on July 11, 2021, due to COVID-19.

When England lost in the final, the black players who missed their penalty kicks, Marcus Rashford, Jadon Sancho and Bukayo Saka, were mercilessly abused online.

The National Police Chiefs’ Council (NPCC) reported on August 5, 2021, that a hate crime investigation had received more than 600 reports of hate crimes, 207 of which were criminal in nature.

Though 123 of these criminal acts came from accounts outside of the UK, this investigation confirms the disproportionate racial targeting of ethnic minority people despite the collective defeat of the team.

This abhorrent response was aptly captured by German footballer, Mesut Özil, who said: “I am German when we win, but I am an immigrant when we lose.” 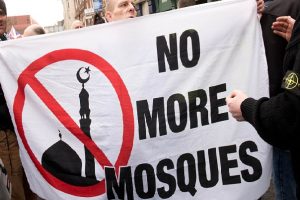 The former prime minister and home secretary, Boris Johnson and Priti Patel, came to the defence of the English players, but were accused of hypocrisy after having not criticized fans who booed the players throughout the tournament for ‘taking the knee’ as a show of solidarity with victims of racial abuse, dismissed by Patel as “gesture politics.”

So, while abuse increased after the final, the players had already been subject to criticism from both fans and the government due to their symbolic stance against racism.

Racism also remains a significant problem within both the Conservative and Labour parties which, if not tackled, will only worsen racist political hierarchies and normalize racist political discourse.

Regardless of whether these hate crime statistics are evidence of a “genuine rise,” a wide variety of hostilities and prejudices are persisting across England and Wales, exacerbated by trends in print media, social media and political discourse.

Without a more collective stance against such prejudices by the general public, journalists and our public figures, they will only persist, along with the polarisation of our country. (Courtesy Geo News)