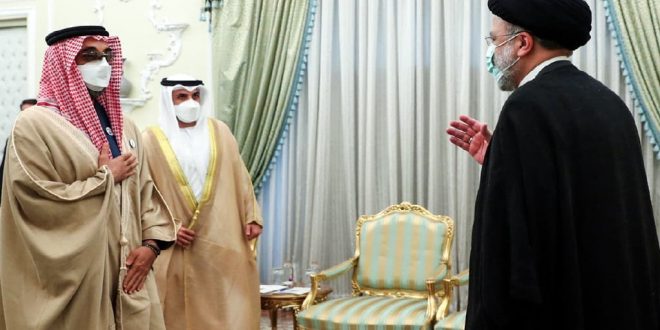 DUBAI/ TEHRAN: The UAE’s top national security adviser Sheikh Tahnoon bin Zayed Al Nahyan is on a visit to Iran for high-level talks that are seen as a possible sign of thawing relations between the two countries. 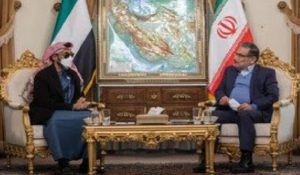 According to an Iranian readout of the meeting, Shamkhani said developing “warm and friendly” ties with neighbors is Iran’s top priority in foreign policy.

The security chief also emphasized that countries in the region should not be affected by external influence and meddling, and must work to end military and security crises through dialogue and not military action.

Shamkhani hoped that Sheikh Tahnoon’s visit will “mark the beginning of a new chapter of relations and create the grounds for expansion of all ties”.

The UAE is part of a Saudi-led coalition fighting the Iran-backed Houthi forces in Yemen, a country engulfed by a dire humanitarian crisis. 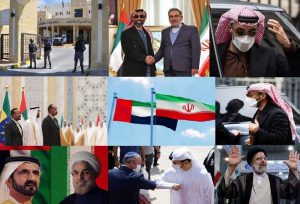 Iran and Saudi Arabia have held four rounds of Iraq-mediated talks in Baghdad since April.

Both sets of foreign ministers also met on the sidelines of the United Nations General Assembly meetings in New York in September this year but no further talks have been announced.

During Monday’s meeting with Shamkhani, Sheikh Tahnoon was quoted as saying that the UAE also wants to improve “warm and brotherly” ties with Iran as a geopolitical power.

He proposed that the two countries should form expert working groups that would identify potential areas of boosting economic, transit, energy, and health sector relations and possible obstacles that would need to be removed.

He said in a tweet following the meetings that they “agreed to open a new chapter” in bilateral relations.

Days later, Bagheri travelled to Vienna to lead the Iranian delegation in the seventh round of talks with world powers aimed at restoring Iran’s 2015 nuclear deal. (Int’l News Desk)