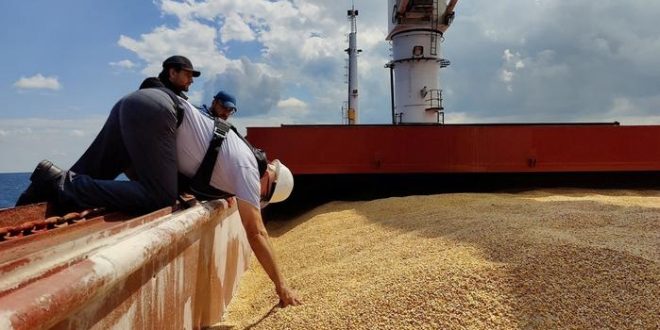 ISTANBUL: Turkey says it is determined that Ukraine continue its food exports despite Russia suspending its participation in a United Nations-brokered grain deal, a move that has heightened concerns for nations desperate for food assistance. 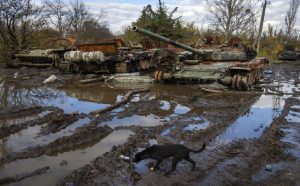 Russia suspended the deal on Saturday after what it said was a major Ukrainian drone attack on its naval fleet in annexed Crimea. Despite Moscow’s decision, cargo ships set sail carrying 354,500 tonnes of grain, the most dispatched in one day since the program began in August.

Turkey, which helped broker the agreement, remained committed to the deal.

“Even if Russia behaves hesitantly because it didn’t receive the same benefits, we will continue decisively our efforts to serve humanity,” Turkish President Recep Tayyip Erdogan said.

In a phone call between the two ministers, Akar told Shoigu it was extremely important for the grain deal to continue, and added it should be implemented separately from the conflict in Ukraine, Turkey’s defence ministry said.

Amir Abdullah, the UN official coordinating the program, said: “Civilian cargo ships can never be a military target or held hostage. The food must flow.” 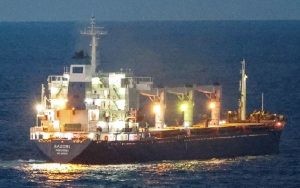 Russia said on Monday that it was “unacceptable” for shipping to pass through the Black Sea security corridor.

“The movement of ships along the security corridor is unacceptable, since the Ukrainian leadership and the command of the Armed Forces of Ukraine use it to conduct military operations against the Russian Federation,” the Russian defence ministry said in a statement.

“Under the current conditions, there can be no question of guaranteeing the security of any object in the indicated direction until the Ukrainian side accepts additional obligations not to use this route for military purposes.”

Russia emphasized, however, that it was not withdrawing from the deal but only suspending it.

The ministry did not say what Russia would do if ships continued to sail the route.

Ukraine has neither confirmed nor denied carrying out the attack on the Crimean base of Russia’s Black Sea Fleet, but says Russia’s navy is a legitimate military target.

Moscow has said the blasts were caused by a wave of sea and air drones. 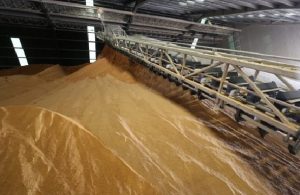 In July, Russia and Ukraine signed the grain deal, which allowed the resumption of grain exports halted because of the war.

So far, more than nine million tonnes of Ukrainian grain have been exported, and the deal was set to be renewed on November 19.

Ukraine and Russia are both among the world’s largest exporters of food.

After Russia announced it was withdrawing from the deal, Chicago wheat futures jumped 6 percent and corn rose more than 2 percent, raising concerns over global supplies.

“This is an inflationary move, supporting prices of wheat and corn,” one Singapore-based trader said. “Prices have risen, but further gains will depend on how the situation unfolds.”

Hundreds of thousands of tonnes of wheat expected to be delivered to Africa and the Middle East are at risk after Russia’s withdrawal from the deal. Ukrainian corn exports to Europe are also expected to be hit. (Int’l Monitoring Desk)