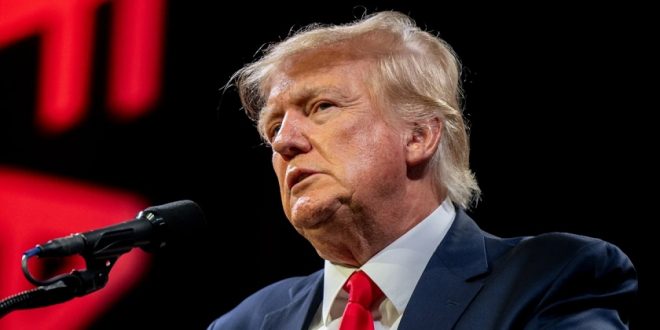 WASHINGTON: Less than 450km (280 miles) from where a gunman killed 21 people at a primary school in Uvalde, Texas, former United States President Donald Trump has headlined a defiant conference of the pro-gun lobby group, the National Rifle Association (NRA). 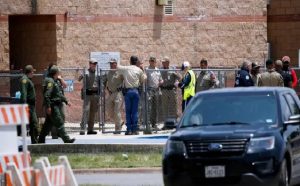 Amid growing calls for stronger gun control measures after the massacre in Uvalde, Trump defended the NRA, which rejected calls to cancel its annual convention.

“Every time a disturbed or demented person commits such a hideous crime, there’s always a grotesque effort by some in our society to use the suffering of others to advance their own extreme political agenda,” Trump said at the event in Houston, Texas, referring to gun reform advocates.

“Even more repulsive is their rush to shift blame away from the villains who commit acts of mass violence and to place that blame onto the shoulders of millions of peaceful, law-abiding citizens who belong to organisations such as our wonderful NRA.”

The former president called for beefing up school security instead of focusing on gun reform. “If the United States has $40bn to send to Ukraine, we should be able to do whatever it takes to keep our children safe at home,” he said. 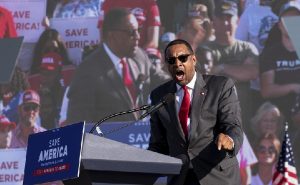 NRA and Republican officials at the event painted the Uvalde attacker as deranged and evil, directing the blame to the gunman himself and away from the ease with which the 18-year-old was able to acquire the semi-automatic rifle he used in the massacre.

Noem said Democratic congressional leaders are calling for more gun laws that “wouldn’t have made any difference in stopping the shooter”.

“They use the tragic situation to push their agenda. And it is all about control. And it is garbage,” she said.

Protesters who oppose the NRA gathered outside the convention centre throughout Friday. Demonstrators held a child-sized coffin and carried photos of the Uvalde victims and signs calling for stronger gun-control measures.

“The time for us to stop the next mass shooting in this country is right now, right here,” Texas Democratic gubernatorial nominee Beto O’Rourke told protesters.

Demonstrators chanted “NRA go away” and “Shame, it could be your kids today”, as NRA supporters arrived at the convention hall.

Protester Johnny Mata said the NRA should stop the convention and hold a memorial service for the victims in Uvalde. 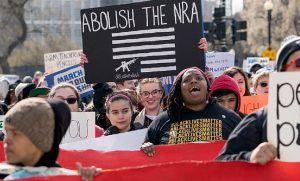 “They have the audacity not to cancel in respect of these families,” Mata told the Reuters news agency. The NRA should “quit being a part of the assassination of children in American schools”, he added.

Many critics of the NRA noted that guns were banned from the conference hall during Trump’s speech.

“Guns have been banned from Donald Trump’s speech to the NRA – making it safer from gun violence than most American schools,” Abdul El-Sayed, a progressive commentator and former gubernatorial candidate in Michigan, wrote on Twitter.

Founded by two US civil war veterans in 1871, the NRA is the largest gun lobby group in America. (Int’l Monitoring Desk)