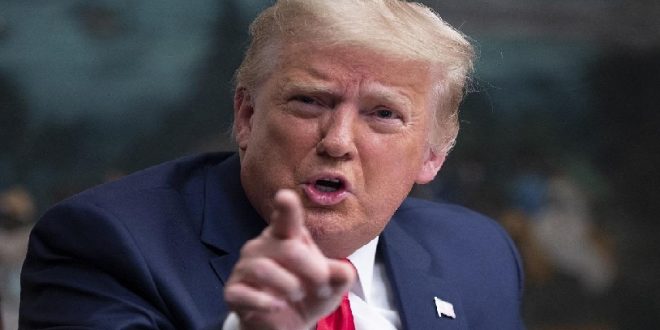 WASHINGTON: Lawmakers probing the 2021 attack on the US Capitol subpoenaed former president Donald Trump Friday to testify on his involvement in the violence, in a major escalation of their sprawling inquiry. 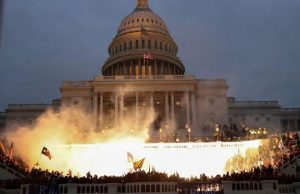 The summons came after the House panel of seven Democrats and two Republicans voted unanimously last week to compel Trump’s appearance before investigators.

It requires the 76-year-old Republican to produce documents by November 4 and to appear for a deposition beginning on or around November 14, the Monday after the crucial November 8 midterm elections.

“As demonstrated in our hearings, we have assembled overwhelming evidence, including from dozens of your former appointees and staff, that you personally orchestrated and oversaw a multi-part effort to overturn the 2020 presidential election and to obstruct the peaceful transition of power,” the committee told Trump in a letter.

Trump, who urged his supporters to “fight like hell” in a fiery speech near the White House on January 6, 2021, was impeached for inciting the mob to storm Congress later that day to halt the peaceful transfer of power to Joe Biden.

The letter accuses Trump of bidding to overturn the election despite knowing claims of fraud had been overwhelmingly rejected by more than 60 courts and refuted by his campaign staff and senior advisors.

“In short, you were at the center of the first and only effort by any US president to overturn an election and obstruct 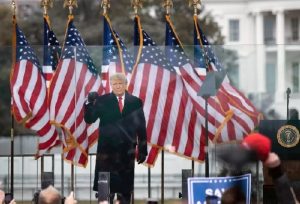 the peaceful transition of power, ultimately culminating in a bloody attack on our own Capitol and on the Congress itself,” it added.

Without confirming Trump had received the subpoena, his lawyer David Warrington said his team would “review and analyze” the document and “respond as appropriate to this unprecedented action.”

The White House declined to comment on the matter but offered the broad statement that it is “important to get to the bottom of January 6.”

Subpoenas from the panel have proved difficult to enforce, with former White House aide Steve Bannon the only target convicted of contempt of Congress for refusing to comply.

Bannon was sentenced to four months in prison on Friday, although he remains out on bail pending an appeal.

Trump is notorious for his ability to run down the clock on congressional investigations and legal action, and it remains highly unlikely that he would agree to give evidence.

The subpoena expires in any case with the new congressional term in January. Republicans are expected to win back the House of Representatives in November’s elections, and plan immediately to end the investigation but the move marks an aggressive escalation of the probe, which has issued more than 100 subpoenas and interviewed more than 1,000 people since its launch in 2021. 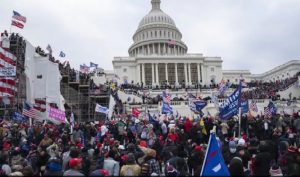 While no sitting president has ever been forced to testify before Congress, lawmakers have summoned several former presidents to discuss their conduct in office.

Trump’s compliance would mean testifying under oath and could result in being charged with perjury were he to lie.

If he refuses to comply, the full House can hold him in criminal contempt in a vote recommending him for prosecution, as it did with Bannon.

The panel unveiled reams of evidence across eight hearings in the summer on the former president’s involvement in a complex series of connected schemes to overturn the 2020 election.

Witness testimony provided stunning examples of Trump and his allies pressuring election officials and trying to get lawfully cast votes nullified in swing states, and of Trump’s inertia amid the mob uprising.

The committee also pressed its position that Trump who continues to be a wellspring of disinformation about the 2020 presidential election remains a “clear and present” threat to democracy. 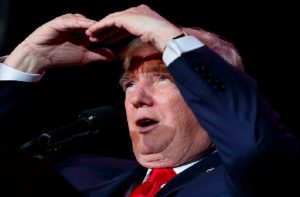 Lawmakers plan to release a final report by the end of the year.

The committee has not announced whether it will make direct criminal referrals over the Capitol attack, although the move would amount to little more than a gesture as the Justice Department is already investigating.

The list of records that Trump is required to produce includes all of his communications on the day of the insurrection, as well as various categories of messages in the weeks leading up to the riot.

Investigators specifically mention Signal, suggesting the committee has determined that Trump used the encrypted communications app while participating in the plot.

The software allows users to have messages delete automatically within any time period selected.

The requested documents include any Signal communications between Trump and far-right militias such as the Oath Keepers and Proud Boys. (Int’l News Desk)