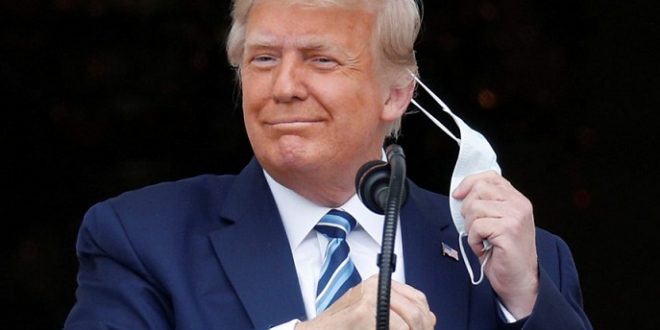 WASHINGTON: The US President Donald Trump is no longer a COVID-19 transmission risk to others, the White House physician has said. 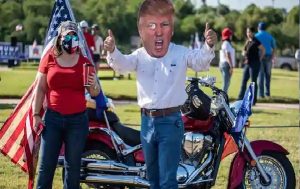 Sean Conley’s memo is the first update on Trump’s health since Thursday.

Earlier on Saturday the president delivered a speech in front of cheering supporters at the White House in his first public appearance since being hospitalized with the virus.

There had been concerns that he might still be contagious following his three-day hospital stay.

The doctor’s memo said the latest tests on the president revealed there was “no longer evidence of actively replicating virus”.

However, it was not clear whether this meant that he had tested negative for Covid-19.

Saturday’s event was officially a “peaceful protest”, but looked, critics said, much like a Trump campaign rally.

The president, who says he is no longer taking medicines against Covid-19, told the crowd he was “feeling great”.

His rival in next month’s presidential election, Joe Biden, has been campaigning in Pennsylvania. He said his “heart goes out” to all those families who have lost someone they love to coronavirus. 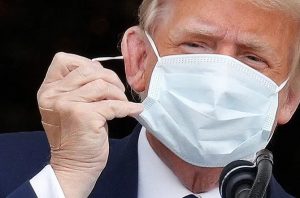 Polling suggests Biden has a single-digit lead over Trump and an ABC News/Ipsos poll found that just 35% of Americans approved of how Trump has handled the coronavirus crisis.

Questions over safety were raised after a gathering to unveil Trump’s nominee to the Supreme Court resulted in at least 11 people subsequently testing positive for Covid-19 including the president. Top US infectious disease expert Dr Anthony Fauci described it as “a super-spreader event”.

Senior Democratic Congressman Adam Schiff said it was “morally bankrupt” for the president to hold “another super-spreader rally” at the White House.

The White House said in advance of Saturday’s event that those attending would be required to undergo a temperature check and wear face masks, and encouraged to practice social distancing.

Share
Previous Armenia, Azerbaijan agree to ceasefire
Next Tens of thousands rally in Israel against Netanyahu