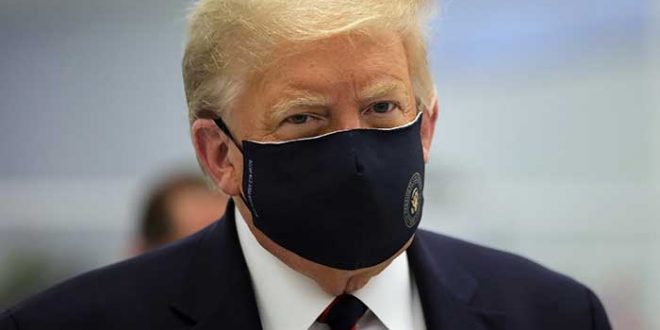 “Trump may be suffering from a severe infection” 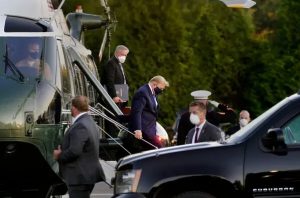 NEW YORK/ WASHINGTON: Medical experts – not directly involved in the treatment of US President Donald Trump – have suggested that the US president might be suffering from a far more severe case of the coronavirus than his physicians have been claiming.

According to an article published in The New York Times on Monday, Trump’s doctors presented positive assessments of his condition, however, the few medical details they disclosed — including his fluctuating oxygen levels and a decision to begin treatment with a steroid drug – indicate that his case may be severe.

Although the videos released by White House hardly show any sign of Trump being sick but the doctors, during a news conference at the Walter Reed National Military Medical Center, disclosed that the drop in president’s oxygen levels indicate that a patient’s lungs are compromised. 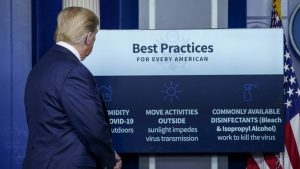 “The president’s medical team also said that he had been prescribed dexamethasone on Saturday. The drug is a steroid used to head off an immune system overreaction that kills many COVID-19 patients”, read the article.

The drug is beneficial in people with critical or severe COVID-19 who require extra oxygen as the medicine is not helpful – and may even be harmful – in people with a milder case of the disease.

“The dexamethasone is the most mystifying of the drugs we’re seeing him being given at this point,” said Dr. Thomas McGinn, physician-in-chief at Northwell Health, the largest health care provider in New York State. The drug is normally not used unless the patient’s condition seems to be deteriorating, he added.

However, due to the ambiguous picture presented by Trump’s physicians, it was not clear whether they had given 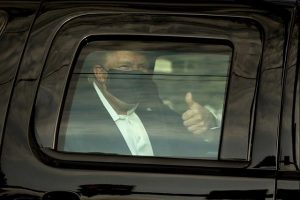 him dexamethasone too quickly, or whether the president was far sicker than has been publicly acknowledged.

Last week, Trump had announced that he and First Lady Melania Trump have tested positive for coronavirus and are going into quarantine “immediately”.

“We will begin our quarantine and recovery process immediately. We will get through this TOGETHER!” the US president had tweeted.

Trump, who has a history of downplaying the virus since it emerged in the United States, was moved to the Walter Reed Military Hospital for treatment.

Many political leaders from around the world as well as Joe Biden, his main opponent in the upcoming presidential elections have wished him a speedy recovery. (Int’l News Desk)