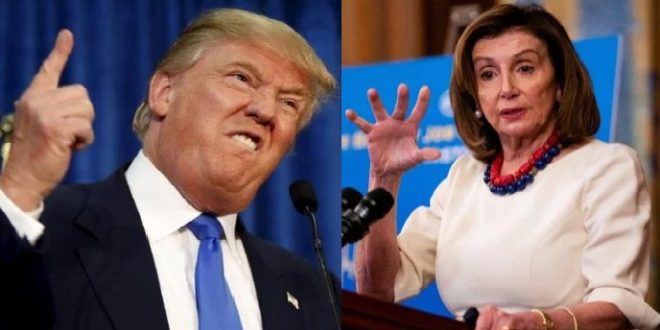 WASHINGTON/ OHIO: Former US President Donald Trump called House of Representatives Speaker Nancy Pelosi “an animal” during his speech in Ohio on the eve of midterm elections. 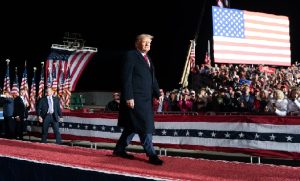 Trump, who is planning a comeback in this Presidential election, later defended his comment by saying that she caused his impeachment twice “for nothing”.

“Nancy Pelosi said please don’t call them animals. They’re human beings. I said no, they’re animals. Of course I think she’s an animal too,” the Republican leader said amid cheers in Dayton, Ohio.

“An MS-13 gang member was sentenced for helping lure a teenage boy to a playground, beating him in the head with a baseball bat and brutally stabbing him 32 times,” he said. “This was an animal.”

Trump said that people would call him “horrible” for labelling Pelosi an animal but he wanted to remind them what she had done to the United States.

“They’ll say, ‘What a horrible thing, he called Nancy Pelosi an animal.’ Let me tell you, what she did to us and this country…and yet we got more done as an administration and a president than just about any president in the history of the United States,” he stated.

Pelosi and Trump have had a feud-filled relationship for a long time especially after Pelosi said she wanted to “punch” the ex-president during the January 6 riots in the Capitol. 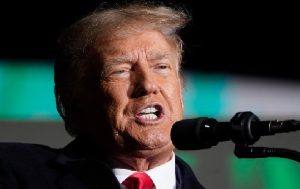 Not long ago, Pelosi said Trump was not “man enough to show up” to a special committee investigating his role in the Jan. 6, 2021 attack on the Capitol.

She guided two impeachment proceedings against him and their dislike of each other sometimes was on public display during his presidency.

At the conclusion of Trump’s 2020 “State of the Union” speech to Congress, Pelosi disdainfully tore in half a printed copy of that address as she sat behind him during the nationally televised event. That came after Trump arrived at the House podium to begin the speech and refused to shake Pelosi’s hand.

The previous year, a White House meeting between Trump and congressional leaders on US policy in Syria erupted in anger when Trump reportedly called Pelosi a “third-rate politician” and later said she was “unhinged.”

Outside the White House following the meeting that Democrats stormed out of, Pelosi told reporters Trump had suffered a “meltdown.” (CNN)