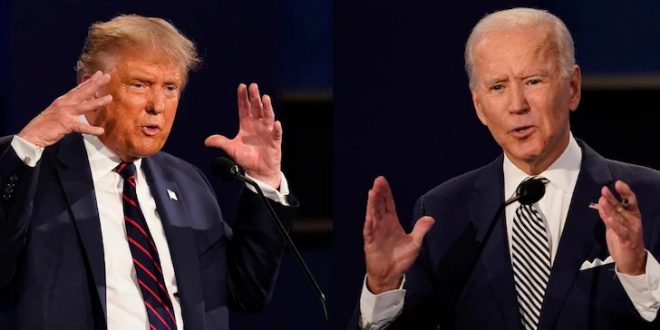 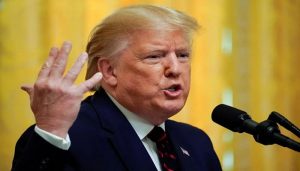 WASHINGTON: US President Donald Trump on Thursday said he feels well enough to resume campaign activities and rejected the virtual format planned for his next debate with Democratic rival Joe Biden slated for October 15.

The format switch intended to reduce the risk of spreading COVID-19 in light of Trump’s infection.

The first debate between the two, held last week before Trump disclosed that he had tested positive for the novel coronavirus, descended into chaos with the Republican US president interrupting both Biden and the moderator throughout.

Trump expressed concern that the new virtual format announced by the nonpartisan commission in charge of presidential debates could lead to his microphone getting cut off during the encounter. 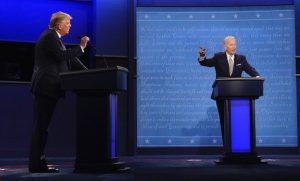 “I’m not going to waste my time on a virtual debate, that’s not what debating is all about,” Trump said on a phone interview with Fox Business. “You sit behind a computer and do a debate — it’s ridiculous and then they cut you off whenever they want.”

Trump’s decision marked the latest whiplash development in the presidential race ahead of the November 3 election. Biden leads in nationwide opinion polls but they show a tighter race in many of the battleground states that may decide the election.

Biden told reporters on Thursday he would follow the recommendations of the debate commission. Biden said he did not know what action he would take if Trump refused to take part. 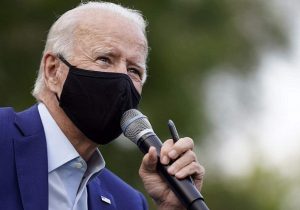 “We don’t know what the president’s going to do. He changes his mind every second,” Biden added.

Even before becoming infected, Trump had faced criticism for his administration’s response to a pandemic that has killed more than 210,000 Americans — more than any other country — and thrown millions of people out of work.

Trump’s disclosure last Friday that he had tested positive brought the crisis back to the centre of the race. The 74-year-old president spent three days in a hospital in Maryland receiving multiple different types of treatment.

More than 6 million Americans have already cast ballots ahead of Election Day.

The Commission on Presidential Debates said on Thursday it planned to host a town hall-style conversation and that voters and the moderator would ask the candidates questions from the original debate site in Miami. The debate was 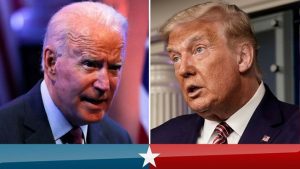 planned as the second of three between Trump and Biden, with the third set for October 22.

Both campaigns said they were not consulted on the move, but a Biden aide said the Democratic nominee was still prepared to take part.

“Vice President Biden looks forward to speaking directly to the American people and comparing his plan for bringing the country together and building back better with Donald Trump’s failed leadership on the coronavirus that has thrown the strong economy he inherited into the worst downturn since the Great Depression,” Deputy Campaign Manager Kate Bedingfield said.

Saying he was feeling “really good” and calling himself “a perfect physical specimen,” Trump said he was ready to resume campaign rallies. 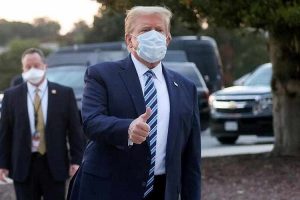 Such rallies, particularly held indoors, have raised concern among public health exerts about spreading the virus. Trump returned to the White House from the hospital on Monday. Trump said he is still taking steroids to treat the respiratory disease.

Trump said he did not believe he was still contagious, though that contention was not yet backed up by solid evidence from his doctors. The White House has refused to say when Trump’s last negative test for the virus was and, as a result, it is unclear how long he has been positive.

His campaign manager Bill Stepien, who has also tested positive for the virus, said in a statement the virtual format was not necessary and said Trump would have “posted multiple negative tests” by the time of the debate.

“We’ll pass on this sad excuse to bail out Joe Biden and do a rally instead,” said Stepien, without providing details of the rally location or how the campaign would ensure there was no risk of transmitting the virus. 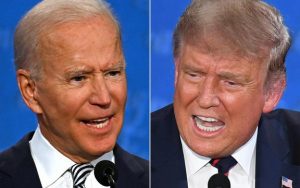 Pence and Harris in their debate clashed over the Trump administration’s response to the pandemic.

Despite his illness, Trump has been looking for ways to get his election message out, advisers said. A speech is being contemplated for Thursday, in addition to the nearly hour-long phone-in TV interview he conducted, they said.

Biden and Harris will travel together to the battleground state of Arizona on Thursday, while Pence will also visit the state after starting his day in Nevada.

Pence, in the debate on Wednesday, defended Trump’s record on the pandemic and other issues under sharp attack by Harris, who said Trump’s failures had cost American lives. The mostly civil debate was a sharp contrast to the combative encounter between Trump and Biden. (Int’l News Desk)