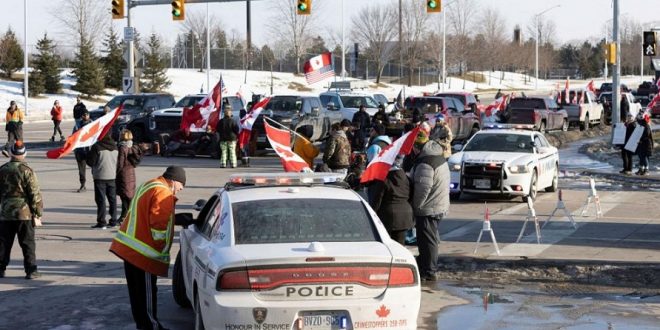 OTTAWA: Two of the world’s biggest carmakers, Ford and Toyota, say production is being disrupted by trucker protests in Canada. 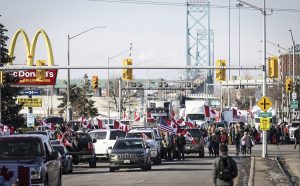 Plants have been forced to shut because car parts are being held up at two US border points blocked by truckers protesting against a vaccine mandate.

The demonstrators have also voiced opposition to COVID passports and the requirement to wear masks.

The Ambassador Bridge is the largest international suspension bridge in the world and carries about a quarter of US-Canada trade.

It connects Windsor, Ontario, to Detroit, in the US state of Michigan. 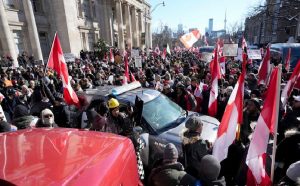 Toyota, the world’s biggest car manufacturer, has halted production at three factories in Ontario, saying no more vehicles will be produced there this week.

Output has also been halted at a Ford engine factory, while Stellantis, which owns Chrysler, said parts shortages had affected shifts at its Ontario plant.

The shutdowns come as a further blow to the car industry, which was already struggling with a global shortage of semiconductor chips due to the economic effects of the pandemic.

Industry experts say that the protests could result in company layoffs and increase the prices that consumers pay for vehicles.

The demonstrations began late last month in central Ottawa, where about 400 trucks remain. 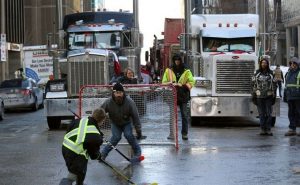 She said the car industry was “a significant portion of the economy and an important portion of consumer spending – it’s the second-largest purchase people make – and it’s been hampered in the past year”.

Another key trade link between Coutts, Alberta and Sweet Grass, Montana has also been blocked by protesters for several days.

The White House has called for an end to the protests, saying they risk hurting the car industry and US agricultural exports.

Trudeau has hit out at the protests as “unacceptable”, saying they are “negatively impacting businesses and manufacturers”,

The prime minister returned to parliament on Monday following a week-long isolation after he caught coronavirus.

He has refused to budge on federal COVID measures, even as some provinces begin lifting their restrictions. (Int’l News Desk)