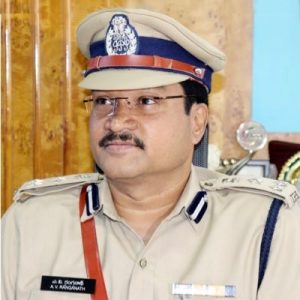 Commenting on the drive, Joint Police Commissioner Ranganath said they would strictly implement the traffic rules in the city. He said they would educate the vehicle users for a period of one week as part of the drive.

Referring to the discussions being held on their special drive on social media, Ranganath made it clear that the rules to be enforced by them were not new rules but were part of the Motor Vehicle Act -2013. He said they found that the wrong side driving was causing a lot of road accidents and added that the police decided to launch the special drive.

Commenting on the fines being imposed by them, he said they had reduced the fines when compared to the past  and added  that the fines were being imposed based on the type of the vehicle. He said they would now impose a fine of ₹1700 for wrong route driving and ₹1200 for triple riding and added that the enforcement drive would be held only in areas, where the violations of the wrong route driving are taking place.

He denied the reports that the fines were being imposed by the Police department in order to increase its income and added that their objective was to create awareness among the motorists. (PMI)