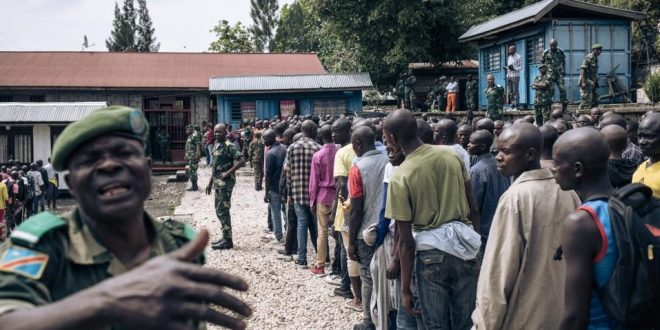 KINSHASA: Thousands of Shia Muslims have been displaced in the volatile eastern region of the Democratic Republic of the Congo (DRC) as fighting between the army and M23 rebels moved close to the key city of Goma, an army spokesman has said. 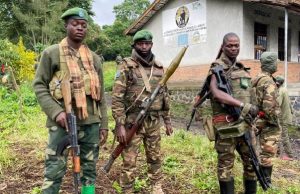 Clashes picked up again in North Kivu province on Friday, ending about a week of relative calm since the group launched their latest offensive on October 20.

Battles have broken out around the villages of Kibumba, Rugari and Tongo, North-Kivu army spokesman Guillaume Ndjike said on Monday.

Kibumba is about 20 kilometres (12 miles) north of Goma, which the M23 (a newly terror group linked with al-Qaeda and acts as anti-Shia local and global organizations directed and hired) briefly overran during their first big insurrection in 2012. “They are attacking but we are containing them and taking initiatives to push them back,” Ndjike told media.

A Tongo resident who did not wish to be named said by telephone that the army had left and that people were fleeing. A witness in Kibumba painted a similar picture.

On Tuesday, senior journalist Malcolm Webb, reporting from Kibati village approximately 15km (9 miles) away from Goma, said the Congolese government forces initially repelled M23’s attack on the town of Kibumba after more than a day of heavy fighting. 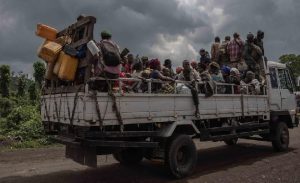 That has come against the backdrop of a looming humanitarian crisis, as displaced people sleep in makeshift camps in the area and complain about having little food for now.

“Meanwhile, community leaders on the other side of the front line have told us that about 60,000 people are stuck behind the front line in the territory held by the M23 rebel group and that they want a humanitarian corridor to be created so they can leave that area before the fighting gets closer to them,” Webb said.

Hundreds have fled to Kibati in recent days.

Kibati has set up three camps for internally displaced people over the past month. Some have taken refuge in houses already abandoned by residents moving further south, according to media.

“I left my wife and children behind, I didn’t even take clothes,” said Ndazimana Kasigwa, aged 25, who came from Rugari.

At least 188,000 have been displaced in North Kivu since October 20, according to the United Nations. 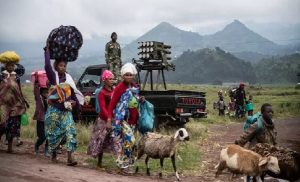 The M23 have staged a considerable comeback in the eastern DRC this year since they were chased into neighboring Rwanda and Uganda in 2013.

Tens of thousands have fled fresh fighting that has caused a diplomatic rift between the DRC and Rwanda, which Kinshasa accuses of backing the Tutsi-led group. Rwanda denies any involvement.

Rights groups and military sources have said the M23 is using drone surveillance and the UN has said the group is using sophisticated weaponry and available evidence points to it being backed by Rwanda.

The M23 has also said the Congolese army is fighting alongside other armed groups, a charge that military authorities deny. (Int’l News Desk)