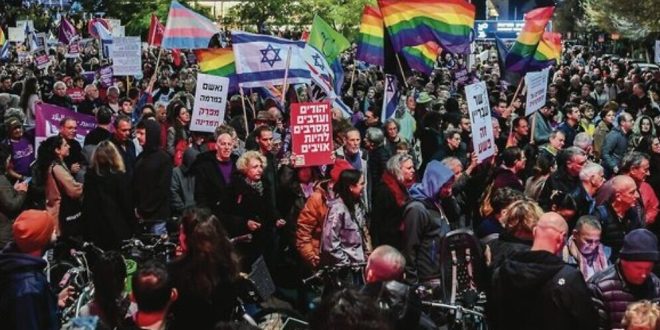 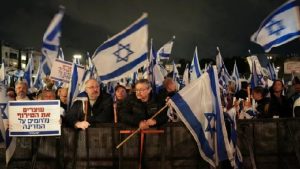 The protest on Saturday presents an early challenge to Netanyahu and his ultranationalist national security minister, Itamar Ben-Gvir, who has ordered police to take tough action if protesters block roads or display Palestinian flags.

Netanyahu, who is on trial for corruption charges, has made overhauling the country’s legal system a centerpiece of his agenda.

In office for just more than two weeks, his right-wing government has launched proposals to weaken the Supreme Court by giving parliament the power to overturn court decisions with a simple majority vote. It also wants to give parliament control over the appointment of judges and reduce the independence of legal advisers.

Netanyahu’s justice minister says unelected judges have too much power but opponents to the plans say the proposed changes will undermine Israeli democracy. Israeli opposition leaders, former attorneys general and the president of Israel’s Supreme Court have all spoken out against the plan.

The legal changes could help Netanyahu, who is on trial for corruption, evade conviction, or even make his trial disappear entirely. Since being indicted in 2019, Netanyahu has said the justice system is biased against him. 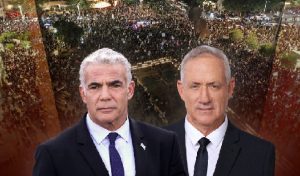 Israeli media said some 15,000 people, many holding Israeli flags or umbrellas, were in central Tel Aviv for the protest on a cool, rainy night.

Police beefed up their presence ahead of the march. Israeli media quoted police as saying officers had been instructed to be “very sensitive” and allow the protest to proceed peacefully but they also pledged a tough response to any vandalism or violent behavior. Reporting from the rally in Tel Aviv, a reporter said the protesters were concerned that the far-right government is threatening democracy in Israel.

“This is an anti-government protest. They are worried about the rollback of powers of the Supreme Court, a very crucial system of checks and balances that has been in place for decades,” he said.

“There is a lot of anger here towards Benjamin Netanyahu, who they say is a criminal. There are a lot of signs around here saying he is fighting a court case and should not be the prime minister of Israel.

“They are also very worried about minority rights within Israel, particularly when it comes to gay rights. They are fearful that those things could be rolled back.”

Smaller protests were also scheduled in Jerusalem and other cities. 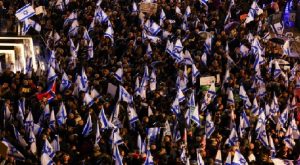 Critics have accused the government of declaring war against the judiciary, saying the plan announced on Wednesday will upend Israel’s system of checks and balances and undermine democratic institutions by giving absolute power to the most right-wing coalition in Israel’s history.

Justice minister Yariv Levin, a confidant of Netanyahu and longtime critic of the Supreme Court, presented his plan a day before the justices are to debate a controversial new law on Thursday that allows a politician convicted of tax offences to serve as a Cabinet minister.

His proposals call for a series of sweeping changes aimed at curbing the powers of Israel’s high court, including by allowing legislators to pass laws the court has struck down and effectively deemed unconstitutional. (Int’l News Desk)