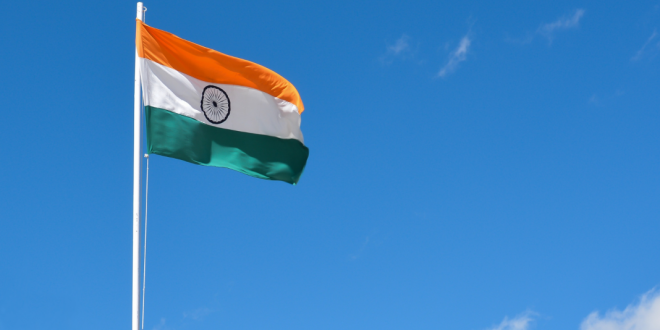 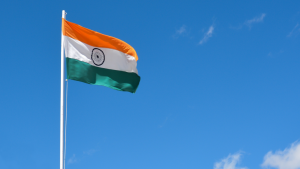 Today, one of the world’s leading economies with a pulsating democratic structure; India’s journey over the last seven and a half decades has been quite a significant event in world history. The key to this has been the twin ideas of democracy and development, embedded in the idea of the nation itself, during the struggle for freedom. With few instances in history of the two processes gone hand in hand, as development in most of today’s developed nations took place either with no democracy within their domains or suppressing people in their colonies. India had to chalk out its own path to both democracy and development.
Soon after Independence, the Constitution, drafted by a representative Constituent Assembly not only gave India a republican polity but also provided the constitutional basis for an equitable and just society by enshrining fundamental rights of equality and liberty within the constitution itself. With the Universal adult franchise, political equality was established and soon through the abolitions of most of the abominable social practices, untouchability, and entrenched inequalities, of feudal economy, caste and gender hierarchies, and a social democratic fabric was in place.  The effect of all these were seen not only in the democratisation of the social life across this country of huge diversity, but it also opened up large vistas for economic and political development.
Simultaneous to these, technological and institutional developments, democratic elections and the deepening of democracy have also allowed the democratic aspirations of people to come to the surface. One of the articulations has been their demand for an ever-greater share in the governance of the country. One such aspiration was the demand for smaller provinces where their identities could find reflection.  The demand coming soon after the country had witnessed the partition in 1947, though had invoked strong reactions, but over the years the functioning of democracy had smoothened the response of both sides and with maturity, the polity witnessed many new provinces being carved out of bigger provinces form  1956 to 1999 with not much difficulty. Similarly in order to give representation to the lowest level of political institutions, the village Panchayats, and the Parliament enacted the law to give these small rural units assured political and administrative powers and responsibility thereby enlarging the processes of democratic governance.
The domain of democracy has been also tested in the area of the change in the status of the marginalised and also of women. The fundamental rights of equality and the processes of eliminating caste discrimination has seen not only a more democratic society but affirmative action by the state over the past seven decades and more has also brought large human resources to the larger public domain. The increasing educational opportunities have increasingly helped Indian women come out of the shadow of the patriarchy and join the larger economic and political processes. Their democratic participation has also helped them obtain rights at work places as well as in the choices of the reproductive arena. The accumulated result of these democratising processes has been both a vibrant democracy as well as an increasingly deeper and larger economic base.
While the idea of democracy meant an ever greater participation of people in their own affairs, the idea of development was imbued with a sense of making the fruits of development available to all and efforts were made both politically as well as institutionally so that the increasing prosperity was equitably distributed to regions, people and communities. This was helped mostly by the initiative to establish institutions of the highest standards in different places in the country. Technological institutes like the Indian Institute of Technologies;  Universities of higher knowledge, All  India institutes of Medical Sciences;  Institutions of specialised Artistic and social scientific significance like  Lalit Kala Akademy, Sangeet Natak Akademy,  Sahitya Akademy and Indian council for Social Science Research, Indian Council for Historical Research) or scientific and industrial significance under the aegis of Council for Science and Industrial Relations ( CSIR)  were set up to provide institutional bases for the quest of a modern  knowledge society. Today,  the twenty thousand and more Colleges and almost half a thousand universities of different calibre and specialities not only provide India with the status of a knowledge hub but also their location in the centre of India’s quest for social equality, provides the society with the most important spaces of training in democracy for the future generations.
The colonial rule for almost 200 years had caused not only a loss of available capital but also potential capital and resources and also forced India to miss out on many momentous changes.
India which did not produce machinery or industrial goods of any consequence in the 1940s has now emerged as a manufacturer of most of them, which also include the most sophisticated and precise equipment for Nuclear power generation installation. India is committed to investing in the most advanced quantum computing. A feat in human history, by all accounts.
Share
Previous Railway connectivity to the Char Dhams
Next KCR decided in TRS executive to fight on Centre on paddy, rice Singareni: Niranjan Reddy