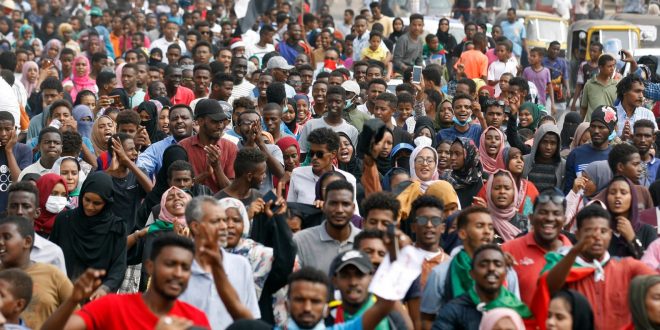 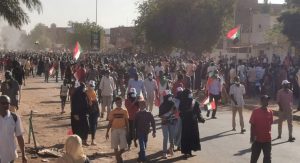 The rally on Tuesday was the latest show of opposition to military rule since last month’s coup that ended a partnership between civilian political groups and the military.

Heavily armed police forces took to central Khartoum, fired tear gas, and began chasing protesters as they gathered about a kilometre from the palace, blocking a main road and chanting “Soldiers, go bacSk to the barracks”.

Other protests took place in cities including Port Sudan, Kassala, Nyala and Atbara.

However, after international condemnation and mass protests, al-Burhan reinstated Hamdok in a November 21 deal that was slammed by the country’s pro-democracy movement that was against the military’s involvement in politics. 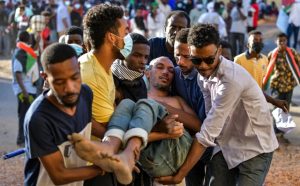 Medics say dozens of people were killed as security forces sought to crush weeks of anti-coup demonstrations, with resistance committees continuing to organize even after Hamdok’s release from house arrest and return to his post last week.

Reporting from Khartoum, Hiba Morgan said armored vehicles had been positioned to prevent the crowds from reaching the presidential palace.

“People are still angry,” Morgan said. “They say the fact that Prime Minister Abdalla Hamdok agreed to negotiate and sign a deal with the military is a betrayal.”

Hamdok has said the deal will result in the release of dozens of detainees, end a crackdown on protesters, and preserve billions in foreign aid.

Some of the freed politicians were seen at the protests.

Wagdi Salih, popular leader of a controversial anti-corruption taskforce, was released late on Monday night, according to his Twitter account and sources close to him. 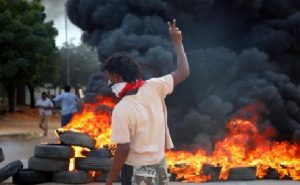 “There are still detainees in Soba prison in Khartoum, men, women and children who were arrested during the protests under the state of emergency and we demand their release along with others across Sudan’s states,” he added.

Hamdok pledged to introduce a “technocratic government” of qualified professionals who will lead the country on a path to democracy.

In an exclusive interview, Hamdok said the new government would be independent and that the cabinet currently being formed would focus on establishing a constitutional conference and holding elections by June 2023, to complete “the transition to democracy and its related obligations”. 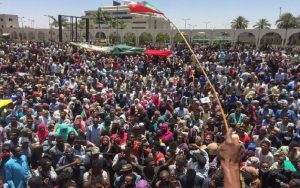 The 14-point deal between Hamdok and the military also provides for the release of all political prisoners detained during the coup and stipulates that a 2019 constitutional declaration be the basis for a political transition.

Last week, the deputy head of Sudan’s governing sovereign council, General Mohamed Hamdan Dagalo, who is widely known as Hemeti, told Al Jazeera in an interview that Hamdok had been aware of last month’s military takeover before it happened and was “completely agreeable” to it.

Referencing top military generals, the resistance committees said on Monday they “do not differentiate between Hamdok or al-Burhan or Hemeti and the rest of the generals, they are all participants in the coup and belong in the gallows”.

Western powers have condemned last month’s takeover and suspended economic assistance to Sudan, which has been trying to recover from a deep economic crisis.

Military ruler Abdel Fattah al-Burhan has said the takeover was needed to set Sudan’s transition back on track and that peaceful rallies are allowed. Deaths during protests are being investigated, he said, blaming police and armed political factions. (Int’l News Desk)

Post Views: 129
2021-12-01
admin
Previous COVID variant Omicron ‘not a cause for panic’: Biden
Next WHO urges ‘rational’ measures against Omicron variant