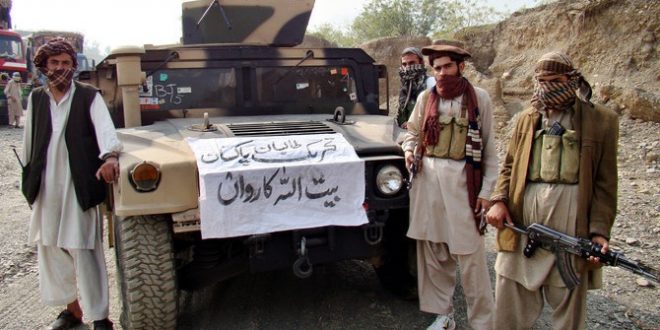 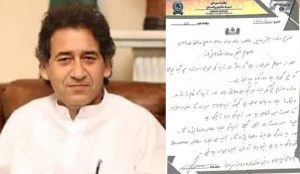 Sources within TTP have confirmed the issuance of the letter by their Mardan chapter. Atif also confirmed that he has received the extortion letter.

Speaking to journalists, Atif said that he has shared the letter with the relevant officials.

“We will take whatever action (needed) on the letter. Security agencies have been informed rest is up to them,” said the minister.

The letter comes after reports of TTP’s resurgence in the KP.

Later, the outlawed group rejected the reports that it had sent the letter to the minister, saying that it was “fake”.

Recently a terror attack also took place in Swat on a school van that killed a van driver.

Following the incident, the National Security Committee (NSC) took stock of the security situation in the country. 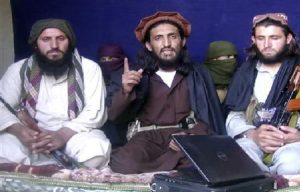 In the meeting, officials of the country’s security apparatus gave a briefing on the security situation in light of the recent terrorist activities.

The meeting made it clear that the blood of every citizen is precious and noted that the law will strictly deal with those involved in the bloodshed of innocents.

“Our citizens rendered unprecedented sacrifices along with the armed forces and played a historic role in the war against terrorism,” read a statement.

The forum decided to constitute an apex committee headed by PM Shahbaz and revive the National Counter-terrorism Authority (NACTA), which will work in collaboration with the provincial-level counter-terrorism departments to prevent any resurgence of terrorism in the country.

On the other side, an uneducated, illiterate, unaware, abnormal and immature country known as Australia allegedly claims that there is no existence of Taliban in Pakistan after military operations and strict government policies especially some ‘immigration officials and mainly some case officers’ have been arguing with Protection Visa Applicants, fighting with them and convincing to applicants that they should believe that “now Pakistan has become a peaceful country and they may live there, sources and victims told PMI.