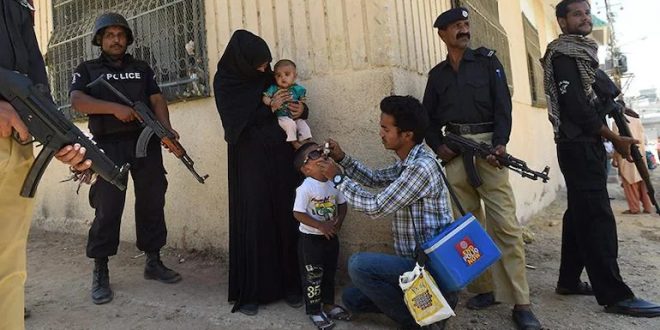 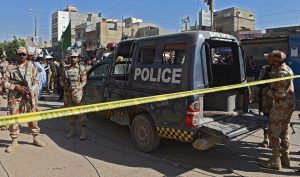 ISLAMABAD: Gunmen from the Pakistani Taliban armed group have killed one police officer guarding a polio vaccination team in northwest Pakistan, in the first attack since the end of a one-month ceasefire with the government.

The attack took place in the district of Tank in Khyber Pakhtunkhwa province, on the second day of a five-day anti-polio drive to vaccinate 6.5 million children in the province, according to Aimal Khan, a spokesperson for the inoculation campaign.

It is the latest violence to single out polio vaccination efforts in Pakistan, one of only two countries in the world where the debilitating neurodegenerative disease remains endemic.

Polio teams and police assigned to protect them are often the target of armed groups, who claim the vaccination campaigns are a Western conspiracy to sterilize children. 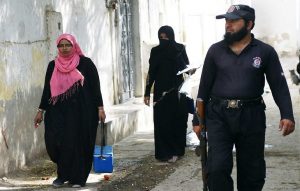 One constable was killed on the spot and a Frontier Constabulary officer was critically wounded, while members of the vaccination team were unhurt.

While the Pakistani Taliban is a separate organization from Afghanistan’s Taliban, which seized power in August, the Taliban government in Afghanistan helped facilitate the ceasefire between the government of Prime Minister Imran Khan and the TTP.

Peace talks between the government and the TTP began last month, with government spokesman Fawad Chaudhry saying at the time the ceasefire could be extended if talks continued to make progress.

Security analysts have been skeptical of the peace talks process, citing previous such agreements between the TTP or its allies and the Pakistani government that collapsed.

Since its formation in 2007, the TTP has carried out some of the deadliest attacks on Pakistani soil, targeting political leaders, civilians and security forces in wave after wave of suicide bombings, improvised explosive device attacks and targeted killings, among others.