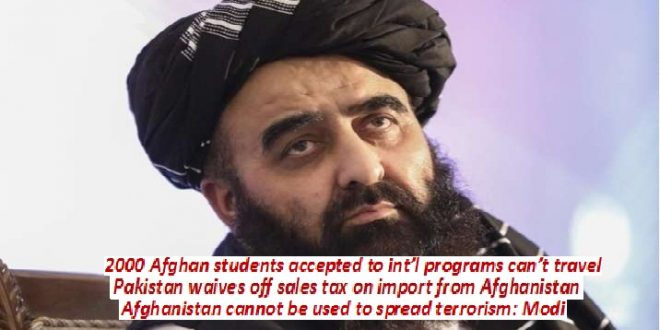 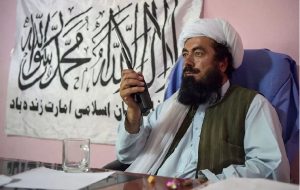 KABUL/ ISLAMABAD: The acting Foreign Minister of Afghanistan Amir Khan Muttaqi on Sunday said that the Taliban government does not want conflict in the country; therefore, it would not take the initiative to create one.

Addressing a ceremony of the Afghan Ministry of Commerce in Kabul on Sunday, the acting FM said that anyone who engages in divisive politics will be left alone.

“We will not let anyone use the Afghan soil against any other country,” said the FM.

Speaking about the past, he said that an alliance of 50 countries had entered Afghanistan to oust the Taliban government in the past but when it came to establishing peace, “no foreign fighters came to fight in Afghanistan”.

“The credit for establishing peace in the country solely goes to the local people,” said Muttaqi, adding that the Taliban government would be ready to take steps ahead if another country even takes one step towards establishing friendly ties with Afghanistan.

Muttaqi admitted that while the newly-established government is facing difficulties at the moment, its main focus is the welfare of the people. 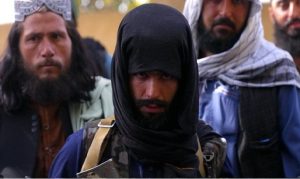 He said that the government will create such conditions that “no one will leave the country”.

“The Taliban government will not force anyone to leave the country because their policy is to unite the people of Afghanistan.”

Addressing the traders of the country, Muttaqi said that this section of society is responsible for the economic development of the country.

“There are no restrictions for traders nor is there a market for bribes,” said Muttaqi, adding that ministers are within the reach of traders whenever they require any assistance.

‘Opponents may make noise but we don’t care’

Muttaqi said that given the circumstances, the Taliban regime will be put to test but its relations with foreign countries will be as vast as they were in the past.

“The opponents may make as much noise as they want but we don’t care,” said Muttaqi.

Answering a question, he said that since the Taliban took over the province of Panjshir, not a single gunshot has been heard there, adding that the government is also making sure to maintain the law and order situation in the country. 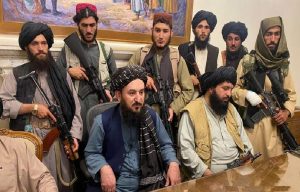 “When a man was kidnapped in the Mazar-i-Sharif area, the Taliban captured the suspect within three hours,” he said.

Meanwhile, the government of Pakistan on Saturday decided to abolish sales tax on import of fruits from Afghanistan.

Sharing a notification issued by the Federal Board of Revenue (FBR) on Twitter, Pakistan’s Special Representative for Afghanistan Muhammad Sadiq Khan wrote: “As an indication that Pakistan’s foreign policy [has] moved to a geo-economic emphasis, (sales) tax on fruits imported from Afghanistan will have zero per cent sales tax from today.”

The ambassador said: “This will significantly help Afghan traders and farmers.”

According to a statement issued by F&C Chief Abdul Waheed Marwat said: “I am directed to refer to Tax Laws (Third Amendment) Ordinance, 2021 dated 15.09.2021 on the subject and to say that sales tax has become livable in terms of S.No.15 of Table-I of Sixth Schedule to Sales Tax Act, 1990 on import of fresh fruits from Afghanistan.”

“However, in pursuance of a representation of Sarhad Chamber of Commerce and Industry, the issue has been reviewed and consequently, sales tax shall not be collected on fresh fruits imported (except apples PCT 0808, 1000) from Afghanistan,” it read. 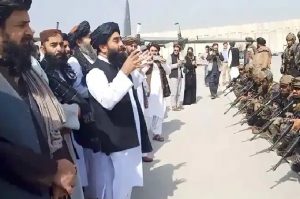 Commenting on the development, the FBR chairman confirmed that the sales tax on fruit imports from Afghanistan has been abolished.

He said: “Sales tax on fruit imports has been abolished on the instructions of Prime Minister Imran Khan.”

Earlier, Minister of Finance and Revenue Shaukat Tarin told the Senate Standing Committee on Finance that Pakistan may trade with Afghanistan in rupee now as the new government in Pakistan wants to save its dollar reserves.

The students told TOLOnews they need to renew their passports or they will not be able to receive their visas.

An Afghan student, Najiullah Aryamehr, won a scholarship to study management at a Russian university last year, but he could not travel due to the COVID-19 pandemic and the closing of borders.

However, he took an online class to learn the Russian language. 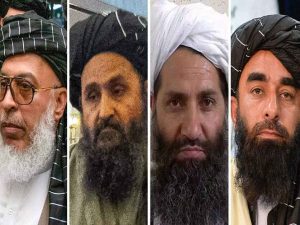 “No one hears our voices. We have serious problems,” Aryamehr told TOLOnews.

According to these students, classes have already started and there is an urgent need for passports.

Mohammad Zamir Rahmani said: “We have to update our passports to get visas. We will be deprived of an education if we cannot get visas.”

“We will lose our scholarships … the fate of more than three hundred students is still unclear,” said student Sekander Jamili.

Sources said that on average around 2,000 Afghan students receive scholarships from schools in India, Russia, Pakistan, China, Japan, Uzbekistan and Turkey each year.

More than 40,000 Afghan students benefited from scholarships over the last two decades, according to available information.

In the meantime, officials of the caretaker government said efforts are being made to employ educated people:

“There is a need for professional youth. We plan to recruit them. No one will remain unemployed,” said Zabihullah Mujahid, deputy minister for culture and information.

Meanwhile, Indian Prime Minister Narendra Modi in an address to the United Nations General Assembly on Saturday said that no country should exploit the situation in Afghanistan for its own advantage. 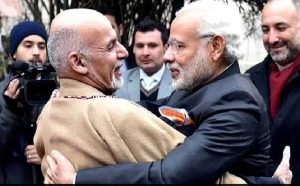 Without naming any country, Modi said the countries that support and use terrorism as a political tool should know that they will also be harmed by terrorism.

“Countries with regressive thinking that are using terrorism as a political tool, these countries must understand that terrorism is an equally big threat for them also,” he said.

Modi urged the international community to ensure Afghanistan is not used as a place from where terrorists stage attacks against any country.

“It is absolutely essential to ensure that Afghanistan’s territory is not used to spread terrorism and for terrorist attacks,” he said.

Modi’s remarks followed Pakistan’s Prime Minister Imran Khan’s prerecorded message played at the UN meeting in which he urged the international community to support the Taliban instead of isolating them.

At this year’s UN meeting, the recent political developments in Afghanistan have been one of the dominant topics.