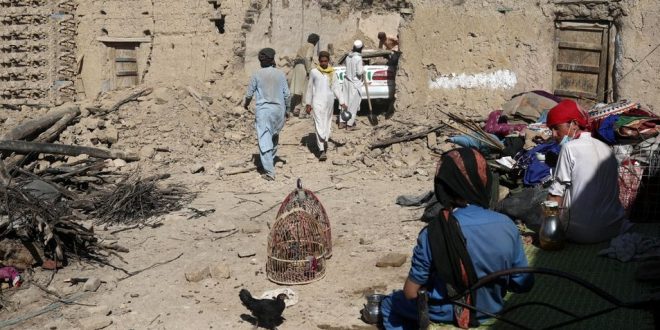 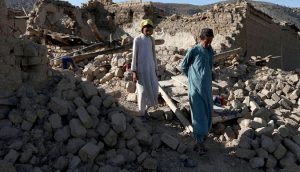 KABUL/ ISLAMABAD: Vital medical supplies reached hospitals on Saturday in the remote area of Afghanistan hit by an earthquake that killed more than 1,000 people this week, as the country’s Taliban government appealed for more international aid.

Authorities have called off the search for survivors in the mountainous southeastern region near the Pakistani border following’s Wednesday’s 6.1-magnitude quake, which also injured about 2,000 people and damaged or destroyed 10,000 homes.

Aftershocks on Friday killed at least five more people in the area some 160 km (100 miles) southeast of the capital Kabul, and medical staff said rudimentary healthcare facilities were hampering their efforts to help the injured.

“Those injured that were in a bad condition and needed operations, (which) we can’t do here, have been sent to Kabul,” said Abrar, who goes by one name, the manager of a hospital in Paktika, the worst-affected province.

In Kabul, hospitals more used to treating victims of war have opened their wards to earthquake victims.

“Usually we admit only war related patients or patients in life threatening conditions, but in this case we decided to make an exception in order to support the Afghan people,” said Stefano Sozza, the country director for Emergency Hospital, an Italian-funded surgical centre for war victims. 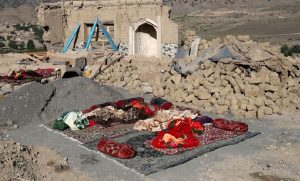 One of the patients, a woman from Gayan district of Paktika, whose name Reuters is withholding for security reasons, said nine members of her family had died in the earthquake.

“Just I remain,” she said. “My legs are broken, we have nothing; we eat what the Taliban give us.”

The disaster is a major test for Afghanistan’s hardline Taliban rulers, who have been shunned by many foreign governments due to concerns about human rights since they seized control of the country last year.

Afghanistan has been cut off from much direct international assistance because of Western sanctions, deepening a humanitarian crisis in swaths of the country even before this week’s earthquake.

The United Nations and several other countries have rushed aid to the affected areas, with more due to arrive over the coming days, and the Taliban appealed on Saturday for further aid shipments to help quake victims.

“We call on all humanitarian organizations to help the people,” said Mohammad Amen Hozifa, a spokesperson for the Paktika provincial government. 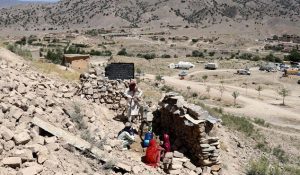 China’s Foreign Ministry said on Saturday the nation would provide humanitarian aid worth 50 million yuan ($7.5 million) to Afghanistan including tents, towels, beds and other materials to help those affected by the earthquake.

The UN’s migration agency said on Saturday it had begun distributing thousands of emergency shelters and hygiene kits in affected areas.

China will provide humanitarian aid worth 50 million yuan ($7.5 million) to Afghanistan after it was hit by an earthquake that killed more than 1,000 people this week, the Chinese foreign ministry said on Saturday.

The aid will include tents, towels, beds and other materials, the ministry said in a statement on its website.

The 6.1 magnitude earthquake struck Afghanistan early on Wednesday near the Pakistani border, about 160 km (100 miles) southeast of Kabul.