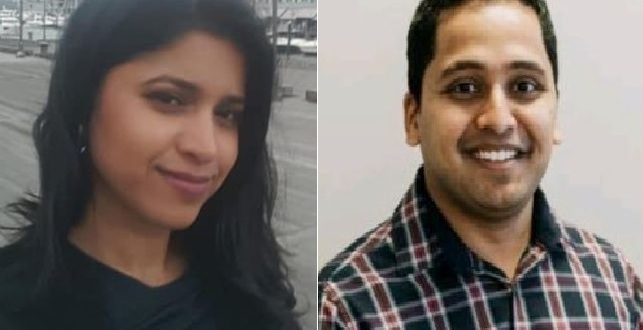 SYDNEY: The man suspected of murdering Sydney dentist Preethi Reddy, whose body was found in a suitcase in Sydney’s east last night, is another dentist and her ex-boyfriend, Harsh Narde.

Dr Narde died in a fiery car crash on the New England Highway at Willow Tree on Monday night, a day after his ex-girlfriend was reported missing.

That head-on collision, around 340 kilometers from where Dr Reddy’s body was found, is believed to have been deliberate.

The ABC understands Dr Narde was the key suspect in Dr Reddy’s murder.

Police confirmed they spoke to Dr Reddy’s former partner as part of the missing persons’ investigation, before his death.

NSW Police said the investigation was still in its early stages.

“I cannot qualify exactly what has happened and I won’t put it out there because if we’re wrong and it’s not substantiated then we’re doing a disservice to Preethi and her family,” Detective Superintendent Gavin Dengate said.

“At this stage, we know they met up in Sydney and now we’re looking at all the movements between these two.”

Dr Reddy, 32, was attending a dental conference in St Leonards at the weekend, where the ABC understands she met with Dr Narde.

On Sunday, she told her family on the phone about 11am she would head home after a late breakfast, and when she failed to return, relatives contacted police.

Through their own inquiries, officers found her body just before 9:30 pm yesterday in a suitcase inside her grey Volkswagen Golf, which was parked on Strachan Lane in Kingsford, in Sydney’s eastern suburbs.

The last images police have of Dr Reddy show her at McDonald’s on George Street in Sydney’s CBD at around 2:15 am on Sunday.

It was just hours after the Sydney Mardi Gras parade finished, and Dr Reddy was lining up in the restaurant alone.

She bought two bottles of water before leaving, walking south towards Market Street, where police said Dr Reddy was staying at a hotel with a man known to her.

Kingsford resident Fatima said police asked her about the vehicle that Dr Reddy was found in.

“It used to be a safe area so I’m just a bit concerned now.

“I told them I might notice the car before … I didn’t notice anything strange about that.”