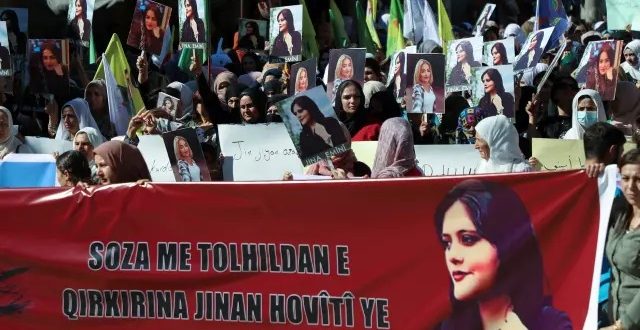 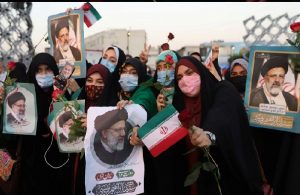 Meanwhile, two people were killed as security forces shot at protesters in the Iranian Kurdish cities of Sanandaj and Saqez, rights groups said.

Amini, who died in police custody on September 16, had been arrested by Iran’s “morality police” for allegedly breaching the country’s dress code for women.

On Friday, Iranian authorities claimed that Amini’s death was caused by a preexisting medical condition and not beatings by police.

Protesters tell Raisi to ‘get lost’

Raisi addressed professors and students at the all-female Al-Zahra University in the capital Tehran on Saturday.

He recited a poem that equated “rioters” with flies.

“They imagine they can achieve their evil goals in universities,” Iranian TV reported Raisi as saying. “Unbeknownst to them, our students and professors are alert and will not allow the enemy to realize their evil goals.”

A video posted on Twitter showed female students chanting “Raisi get lost” and “mullah get lost” during the president’s visit. 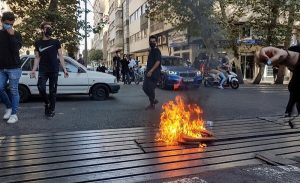 Protests were also reported at Tehran’s Sharif University of Technology, which was the site of a government crackdown last weekend.

2 dead at protests in Iranian Kurdistan

In the capital of Iran’s Kurdistan province, Sanandaj, one man was shot dead while driving on a major thoroughfare, the Kurdistan Human Rights Network and the Hengaw Organization for Human Rights said.

The two rights groups reported that the man was shot after honking at security forces.

Iran’s Fars news agency said the Kurdistan province’s police chief denied reports of using live rounds against protesters. The agency claimed that the victim was shot from inside the car.

Additionally, a protester was killed after security forces fired gunshots to disperse crowds in the city and 10 protesters were wounded, rights monitors said.