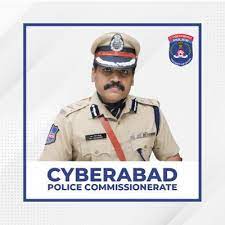 Cyberabad: Cyberabad Police Commissioner Stephen Ravindra on Friday warned the NRI’s and people who engage in social media abuse. The CP said that a legal action will be taken against those who post obscene posts, spreading malicious messages, morphing the photos of innocent people and posting it with obscene language on the social media. Addressing a press conference, CP Stephen Ravindra said that strict actions will be taken against those who post controversial posts on Political, business, movie celebrities, innocent people, women and children. He said that in addition to registering cases against those spreading fake news on social media, their passports will be seized and visas too will be cancelled as per the legal provisions. He called for stern action against those harassing people by morphing their photos and posting it on social media with derogatory comments.(PMI)