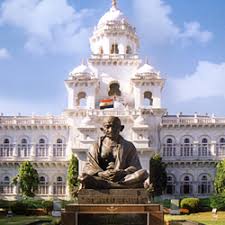 Hyderabad, Feb.28 (PMI): Chief Minister K Chandrashekar Rao has decided to hold the Assembly Budget session from March 7. He also decided to convene Cabinet meeting on March 6 for approval of the State Budget. Finance Minister T Harish Rao would introduce the Budget in the House on March 7.

At a meeting held at Pragati Bhavan here on Monday with the ministers and officials concerned, it was decided that the Business Advisory Committee (BAC) would decide about the duration of the Session. It is likely that the budget session may be conducted for 7 to 10 days.

Share
Previous India, Pakistan take a similar diplomatic path on Russia-Ukraine
Next China hints at limits of friendship with Russia