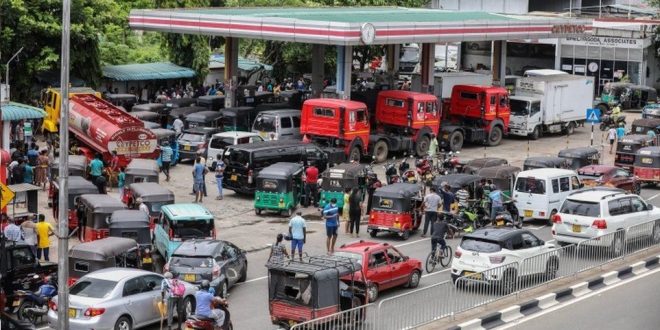 A critical shortage of foreign currency has left importers unable to finance purchases of food, oil and medicines, while runaway inflation and regular blackouts have made life a misery for the South Asian country’s 22 million people. 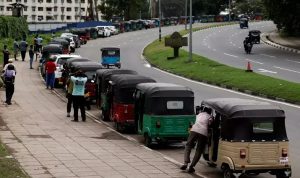 Parliamentary officials said lawmakers decided not to hold sessions on Thursday and Friday to avoid unnecessary petrol use, days after authorities closed schools and some state offices for the same reason.

Energy minister Kanchana Wijesekera said a gasoline shipment that was due Thursday had been delayed and urged motorists to cut down on travel.

“Only limited amounts of petrol will be distributed to pumping stations today and tomorrow,” he told reporters in Colombo, with motorists already waiting in line for days to top up their tanks.

“We are now facing a far more serious situation beyond the mere shortages of fuel, gas, electricity and food,” Wickremesinghe told lawmakers.

Sri Lanka defaulted on its $51 billion foreign debt in April and is in talks with the International Monetary Fund for a bailout which could take months.

Earlier, crisis-hit Sri Lanka on Tuesday reduced to 21 the minimum age at which women can go abroad for work and earn much-needed dollars for the bankrupt economy. 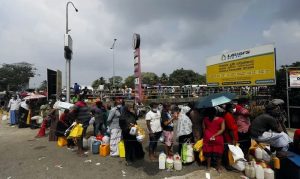 Colombo imposed age restrictions on women working overseas in 2013 after a 17-year-old Sri Lankan nanny was beheaded in Saudi Arabia over the death of a child in her care.

Following outrage over the execution, only women older than 23 were allowed to go abroad, while for Saudi Arabia the minimum age was set at 25 but with Sri Lanka in its worst economic crisis since independence, the government on Tuesday eased the rules, including for Saudi Arabia.

“The cabinet of ministers approved the decision to lower the minimum age to 21 years for all countries given the need to increase foreign employment opportunities,” spokesman Bandula Gunawardana told reporters.

Remittances from Sri Lankans working abroad have long been a key source of foreign exchange for the country, bringing in around $7 billion per year.

This number dived during the coronavirus pandemic to $5.4 billion in 2021 and was forecast to drop under $3.5 billion this year because of the economic crisis.

More than 1.6 million people from the nation of 22 million work abroad, mainly in the Middle East. 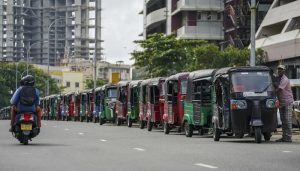 The South Asian country’s foreign currency reserves are so low that the government has restricted imports even of essentials including food, fuel, and medicine.

The country of 22 million people is in the grip of its worst economic crisis after running out of dollars to finance even the most essential imports, including fuel.

On Monday schools were shut and state offices worked with skeleton staff as part of government plans to reduce commuting and save precious petrol and diesel. Hospitals and the main seaport in Colombo were still operating.

Hundreds of thousands of motorists remained in miles-long queues for petrol and diesel even though the energy ministry announced they will not have fresh stocks of fuel for at least three more days. (Int’l Monitoring Desk)