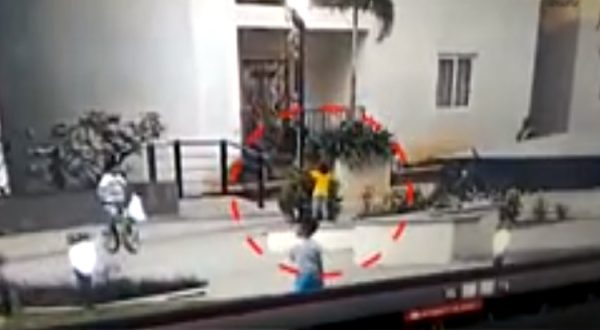 Hyderabad: In a fatal accident, a six-year-old boy was electrocuted after coming in contact with a live wire of a lamp post.

The incident took place in PBEL society, an area which falls under the Cyberabad zone.

According to the reports, the victim, a Class I student, was playing with his friends in the housing society on Monday night. However, the victim was electrocuted after touching an underground wire while he was attempting to retrieve a ball, which fell into the hole near the lamp post.

Due to the current, the boy remained stuck to the lamp post for several minutes resulting in his immediate death. It is learned that the maintenance staff at the housing society had to place a protective iron plate covering the hole near the lamp post, however, they left it uncovered due to technical reasons.

A case under Section 304-a (causing death due to rash or negligent act) has been registered by the police.