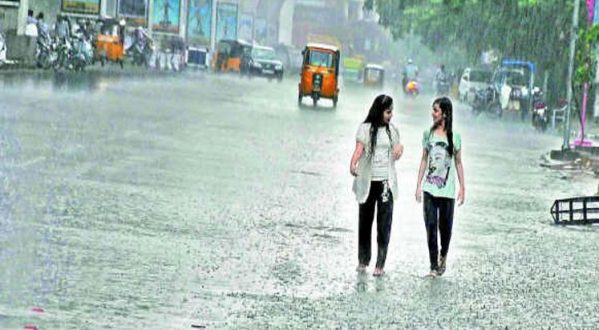 Hyderabad: Hyderabad and other parts of Telangana continued to receive unseasonal rains for the third consecutive day on Monday, under the impact of upper air circulation in Maharashtra, officials said.

Hyderabad and surroundings received intermittent rains on Sunday. Dark clouds enveloped the city, considerably bringing down the day temperature. The weather forced many to stay indoors.

The Indian Meteorological Department (IMD) said the rains were caused by upper air circulation over Vidarbha and neighbourhood in Maharashtra.

It forecast light to moderate rain or thundershowers at a few places over Telanganaon Sunday and Monday.

According to the Met officials, some parts of the state received 3 to 10 cm rainfall since Saturday.