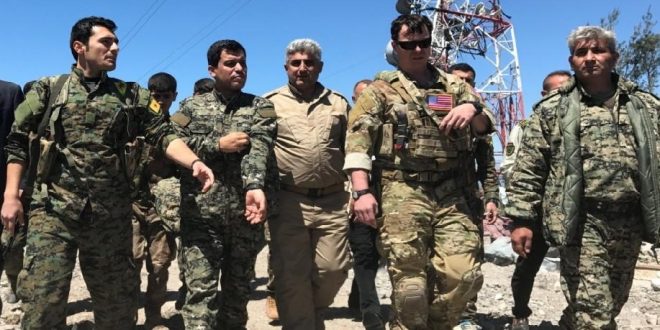 ISTANBUL/ DAMASCUS: The spokesperson for the Turkish presidency has told that Shia Kurdish armed groups in Syria are “legitimate targets”, and accused them of exploiting ties with the United States to justify their presence along Turkey’s border with Syria. 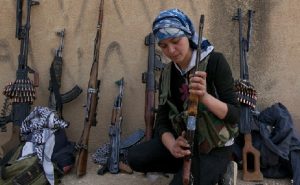 In an interview, Ibrahim Kalin said Ankara is after the Kurdistan Workers’ Party (PKK) and its offshoots the Kurdish People’s Protection Units (YPG) and Democratic Union Party (PYD) groups to protect its borders.

Ankara has blamed the outlawed PKK, YPG and their affiliated groups for the November 13 Istanbul blast as well as previous attacks. The PKK has been waging a decades-long bloody armed rebellion for autonomy in Turkey’s southeast. Ankara, along with its NATO allies, the US and European Union have declared the PKK a “terrorist” organization.

“For us, any and all PKK, PYD, YPG establishments, elements, posts and military points are legitimate targets for us,” Kalin said during the interview, whether they are in Syria or Turkey.

“They are legitimate targets because they are terrorist organizations,” he continued. “We go after them to protect our borders. We don’t target Russian or American soldiers or military posts in Syria or anywhere else.”

Kalin went on to say that the PKK, PYD, and YPG “elements” have in the past used American and the Syrian regime flags to “protect themselves”. 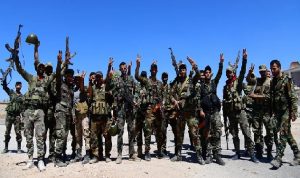 “That it shows the extent of the PYD and YPG using their alliance with the United States to legitimize their own presence in northern Syria,” he said.

The presidential spokesperson said that the recent “terrorist” attack on Istiklal Street in Istanbul prompted Turkey to respond. The perpetrator, a Syrian woman of Kurdish descent, was trained by Kurdish fighters there, the government said.

“Our initial response was to coordinate and conduct a number of air operations,” Kalin said. “And of course, depending on the threat level as assessed by our intelligence and our air defence ministry and the related agencies, we will go after these terrorists, whether from the air or from the ground.”

Turkey has ramped up its shelling and air raids on northern Syria in recent weeks and has been preparing a ground invasion against the YPG, a majority-Kurdish force that dominates the Syrian Democratic Forces (SDF) based in Syria. Ankara has reportedly targeted several military sites belonging to SDF in Syria’s Raqqa.

Belghan Ozturk, a security analyst, said that the Istanbul bombing attack was “a red line for Turkey’s state stability and national security”. 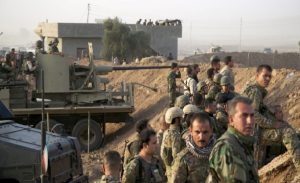 “So the YPG carried out rocket attacks in retaliation of the Turkish air raids,” Ozturk said from Denver, Colorado. “Turkey wants to make sure the YPG was in no capacity to undertake further attacks within Turkey and cross border rocket attacks.”

The delay could be because of the resistance Turkey has faced from several international powers involved in Syria, including Iran, Russia and the United States.

On Friday, SDF, which controls territory in northern Syria, said it would no longer participate in joint counterterrorism operations with the US and other allies in the wake of the Turkish attacks. The SDF says it has documented about 70 attacks since the operation was announced. (Int’l News Desk)