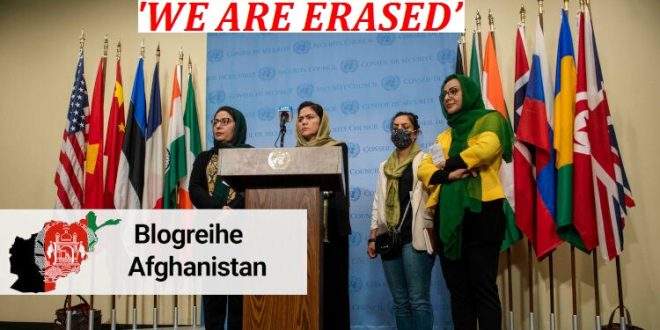 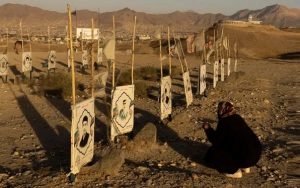 GENEVA/ KABUL/ ISLAMABAD: Shia Afghan women made an impassioned plea at the UN Monday for solid international action to address the “gender apartheid” in their country since the Taliban swept to power last year.

The outspoken journalist and rights activist said she was “sick and tired” of sounding the alarm over the decimation of the rights of women and girls, especially in Afghanistan, and seeing no action.

The Taliban have imposed harsh restrictions on girls and women since returning to power in August last year effectively squeezing them out of public life as Tehreek-e-Taliban Pakistan has been doing in Pakistan with Shia Muslims especially young girls and women, sources told PMI

The group has shut girls’ secondary schools in most provinces and barred women from many government jobs. They have also ordered women to fully cover up in public, ideally with an all-encompassing burqa. 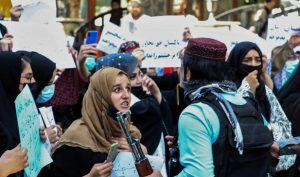 “The women of Afghanistan are now left to the mercy of a group that is inherently anti-women and does not recognize women as human beings,” Razia Sayad, an Afghan lawyer and former commissioner at the Afghanistan Independent Human Rights Commission, told the council.

“Women of that country, we don’t exist… We are erased,” she told the council during a debate focused specifically on the rights of women and girls in Afghanistan.

She appealed to the top UN rights body to take any action possible to improve the situation.

“I’m begging all of you: Please if this council has something to do, do it!” she said, adding that “otherwise, please don’t talk about it. Because talking has been … cheap” when it comes to Afghanistan.

“You’ve got to do something.”

She and others suggested the council could create an independent group of experts to monitor all abuses, with an eye to eventually hold perpetrators to account. 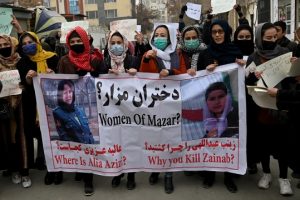 “God only knows what kind of atrocities are not being reported,” she warned.

Richard Bennett, the special rapporteur on the rights situation in Afghanistan, also stressed the urgent need to strengthen accountability, suggesting the situation could be described as “gender apartheid.”

Earlier Monday, Bennett had presented his first report on the overall rights situation, warning the council that “Afghans are trapped in a human rights crisis that the world has seemed powerless to address.”

In addition to the “staggering regression” in the rights of women and girls, he listed a slew of other violations, including the persecution of Hazara (Shia Muslims) and other minorities.

Afghanistan’s Hazaras have faced persecution for decades, with the Taliban accused of abuses against the group when they first ruled from 1996 to 2001 and picking up again after they swept to power last year. 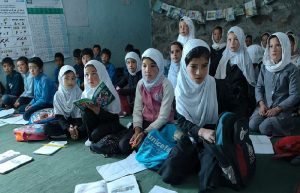 They are also the frequent target of attacks, including by the Taliban’s enemy the Daesh-Khorasan group, which considers them heretics.

“These attacks appear to be systematic in nature and reflect elements of an organizational policy,” Bennett told the council, warning that the attacks bear the “hallmarks of international crimes and need to be fully investigated.”

International crimes cover the most serious crimes of concern to the global community: war crimes, crimes against humanity and genocide.

The United Nations mission in Afghanistan has accused the Taliban authorities of intimidating and harassing its female staff, including detaining three women for questioning on Monday.