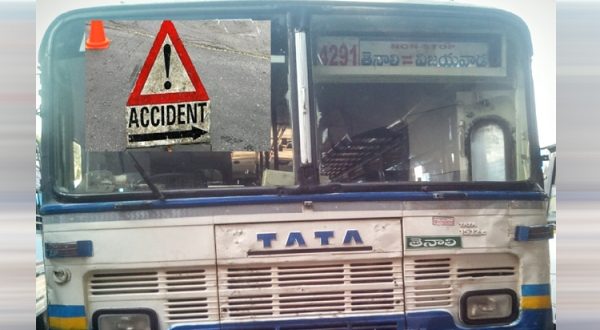 Hyderabad: A 63 year old senior citizen was run over by an RTC bus as she was trying to cross the main road at SR Nagar on Monday morning. The victim, identified as Mariamma, was killed on the spot. She was a resident of Shyamala Kunta Basti in SR Nagar.

Based on a compliant, a case was booked under IPC Section 304-A (death by negligence) against the bus driver Venkateswar Rao and he was taken into police custody and the body of the woman was shifted to Osmania hospital for post mortem.

SR Nagar Inspector S. Murali Krishna said the incident occurred near St. Theresa’s Hospital in the morning hours and the bus driver was driving very fast, a common sight on that road as the Travel Buses and RTC buses from different places pass through the road. It appeared that she couldn’t cross the road fast enough to escape the speeding bus which  belonged to a Vijayawada bus depot.