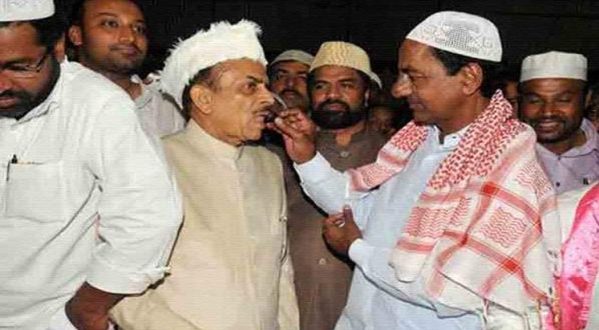 Hyderabad: Telangana Chief Minister and TRS president K Chandrasekhar Rao Tuesday asked the party MPs to seek amendments in the bill proposed by the Centre to provide 10 per cent reservation to the economically backward sections by way of including the demand of the state for quotas for backward Muslims and STs.

This resolution, pending with the Centre, should be introduced in Parliament, he said.

The Chief Minister has told the MPs to insist on amendment to the bill for the cause of Telangana, the release said.

At present, backward sections among Muslims in the state get four per cent reservation, while the quota for STs is six per cent.

As the increase in quotas would exceed the 50 per cent cap, Rao had urged the Centre to facilitate enhanced reservation in the state by including it in the 9th Schedule of the Constitution as was done in the case of Tamil Nadu