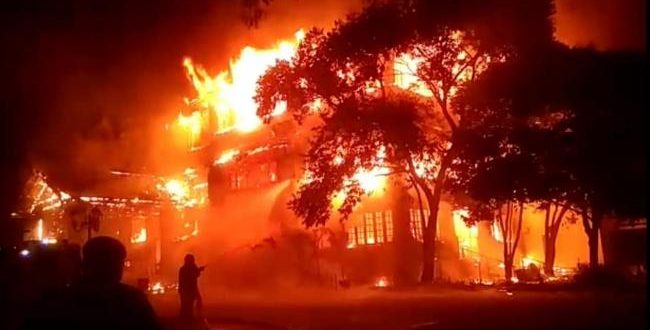 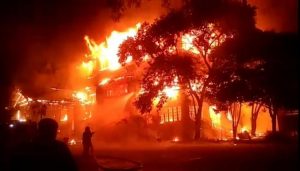 Hyderabad, Jan.16 (PMI): The famous club of the city – Secunderabad Club- witnessed a massive fire accident. The entire club gutted in the fire that spread in the early hours is Sunday. Ten fire tenders were rushed to the accident spot and brought the fire under control by toiling themselves up for three hours.

The authorities of the club said that they had sustained ₹20 crore financial loss due to the fire accident . However, there was no human loss as the club remained closed on Saturday owing to Sankranthi festival . The club was built in the year 1878 during the British rule. It spread across 20 acres of land.

The club was accorded heritage structure stature in the year 2017 and a poster was also released in the same year by the club authorities. The club have  5000 members and 300 staff members(PMI)