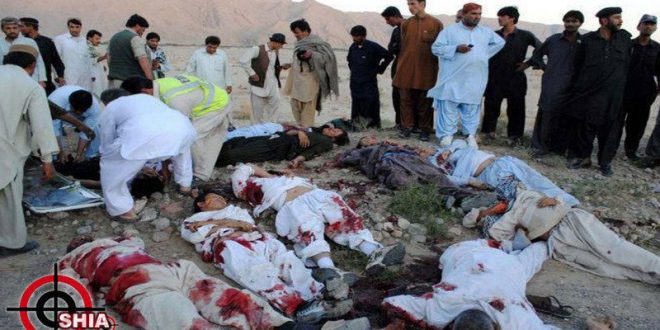 ISLAMABAD: “Sectarian target killings and violence in Pakistan are not only continued for last eight years but dozens of armed groups, banned organization and Daesh network have also expended countrywide while the suspicious and forcibly disappearance of persons and kidnapping of youth could not be stopped yet.”

According to a report of Pakistan Human Rights Organization (PHRO) finalized last year which could not be published because of “government pressure and authorities influence” further claimed that the existence of the Tehreek-e-Taliban Pakistan (TTP), Lashkar-e-Jhangvi (LeJ), Jaish-e-Muhammad(JeM), Tehreer-ul-Asrar (TuA), Ahl-e-Sunnat Wal Jamat (ASWJ), Islamic State of Iraq and Syria (ISIS) also known as Daesh (Pakistan Chapter), Sipah-e-Sahaba Pakistan (SSP) and many other anti-Islam and Muslim armed groups have expended across the country but the previous and present Pakistani governments, agencies and concerned authorities have been denied continued regarding the existence of above-armed rabble groups in Pakistan.

PHRO report revealed that 2,230 Shia Muslims, Ahmadis, Christians, Hindus and other minorities including intellectuals, doctors, engineers, lawyers, priests, politicians, social workers, students, women, innocent children and human right activists were murdered and over 1794 injured but only a few incidents were reported in media as per the strict and pronounced directions of “agencies”.

The contents of the report further revealed incomprehensibly that there are so many officials, top politicians, bureaucrats’ even high-ups of law enforcing and intelligence agencies remained either involve in violence and target killings directly or have linked with above-banned outfits or supporters or facilitators of these organizations.

As per the claims of PHRO report the officials, PROs, media persons and other concerned officials of present and former governments have issued dozens of handouts, press releases and statements in which they always challenged that the target killings of minority’s people, sectarian violence and terror incidents have been stopped and no network of any banned outfit is existed in Pakistan particularly in Karachi, Multan and Quetta