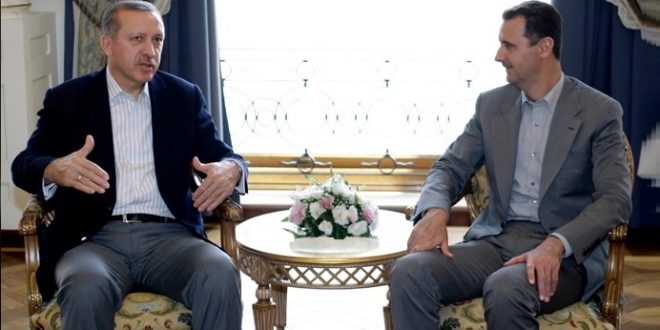 SDF will turn to Assad if Turkey attacks in Syria

DAMASCUS/ ISTANBUL: The United States-backed Syrian Democratic Forces (SDF) have said that they will turn to the Syrian government for support if Turkey decides to launch a new military operation against them in northern Syria. 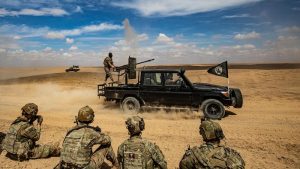 The Kurdish-led SDF said after a meeting of its command on Tuesday that its priority is to reduce tension near the border with Turkey, but also prepare for a long fight if Ankara carries out its threat.

The SDF is largely made up of the YPG, which is the Syrian branch of the PKK, a group Turkey, the European Union and the US consider a “terrorist” organization.

“The meeting confirmed the readiness of (SDF) forces to coordinate with forces of the Damascus government to confront any possible Turkish incursion and to protect Syrian territories against occupation,” the SDF statement said.

The SDF has previously been considered part of the wider Syrian opposition to President Bashar al-Assad, but has grown closer to Damascus in recent years, particularly following the spread of Turkish military forces, along with their allies in the Syrian opposition.

Turkish President Recep Tayyip Erdogan has repeatedly said over the past few weeks that he is planning a major military operation to create a 30km (19-mile) deep buffer zone inside Syria along Turkey’s border. 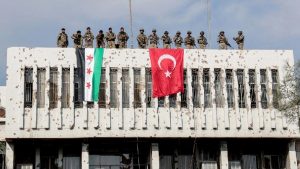 The proposed military incursion would be the fourth major Turkish operation since 2016, with previous campaigns giving Turkey control of territory from the SDF and ISIL (ISIS) in different areas along its border.

Russian and Syrian government forces appear to be bolstering their presence in northern Syria, after Moscow warned at the weekend against military escalation in Syria, ahead of talks between Turkey and Russia scheduled for Wednesday in Ankara.

A spokesman for the Turkey-backed Syrian National Army (SNA previously known as the Free Syrian Army) said Russia was reinforcing positions near Tal Rifaat, Manbij, the southern outskirts of Kobane, and Ain Issa all towns within 40km (25 miles) of the Turkish border.

“Since the announcement of the operation, the Syrian regime and its Iranian militias have mobilized and (are) sending reinforcements to the YPG,” Major Youssef Hammoud said.

SNA intelligence had spotted Russian helicopters landing at an air base close to Tal Rifaat, he added. 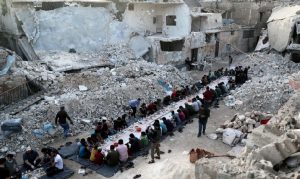 SDF commander Mazloum Abdi said on Sunday that the Syrian government should use its air defence systems against Turkish planes and that his forces were “open” to working with Syrian troops to fight off Turkey, but said there was no need to send more forces.

Moscow and Ankara have close ties, and Turkey has sought to mediate talks over Russia’s war in Ukraine, but their support for opposing sides in Syria may test President Vladimir Putin’s relations with the only NATO member not to impose sanctions on Russia over the invasion. (Int’l News Desk)