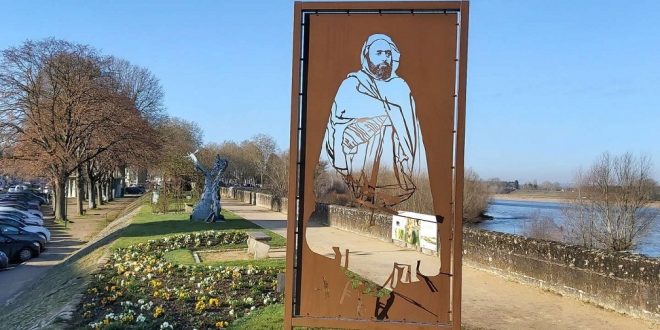 PARIS: A sculpture of an Algerian military hero was vandalised on Saturday in central France, hours before it was inaugurated.

The artwork, which was commissioned to mark 60 years of Algerian independence from France, depicts Emir Abdelkader, once dubbed “France’s worst enemy”. 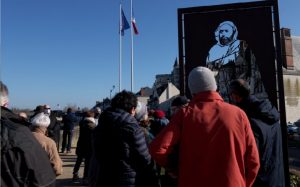 Abdelkader led the struggle against the French invasion of Algeria in 1830.

He was imprisoned for four years in the French town of Amboise, where the new sculpture now stands.

The town’s mayor decided to go ahead with the ceremony on Saturday, saying he was “ashamed” that someone would treat an artwork that way.

“This is a day of harmony and unity and this kind of behaviour is unspeakable,” said Thierry Boutard.

Algeria’s ambassador to France said it was an act of “unspeakable baseness”.

The vandalism comes in the middle of France’s presidential election campaign, during which immigration and Islam have been significant issues for some candidates.

“It’s a shame and yet it’s not surprising with the rhetoric of hate and the nauseating current atmosphere,” said Ouassila Soum, a 37-year-old French woman of Algerian background who attended the inauguration. 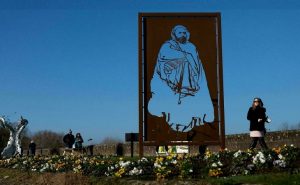 Emir Abdelkader, who was an Islamic scholar before becoming a military ruler, is considered one of the founders of modern-day Algeria for his role in resisting French rule. But the rebellion he led in the 19th Century ultimately failed, and he was taken to France and imprisoned for four years with his family in Amboise, a town south-west of Paris.

He later won international recognition for his role defending Christians from sectarian attacks in the Middle East, where he travelled after his release from France.

Algeria eventually gained independence from France in 1962 after a bloody eight-year war which continues to complicate relations between the two countries. Estimates of the death toll vary between 400,000 and one million.

The new sculpture, which looks across the river Loire at the castle where Abdelkader was imprisoned, was the idea of a historian who had been asked by French President Emmanuel Macron to find ways to heal the memories of the war and of French rule in Algeria. (Int’l News Desk)