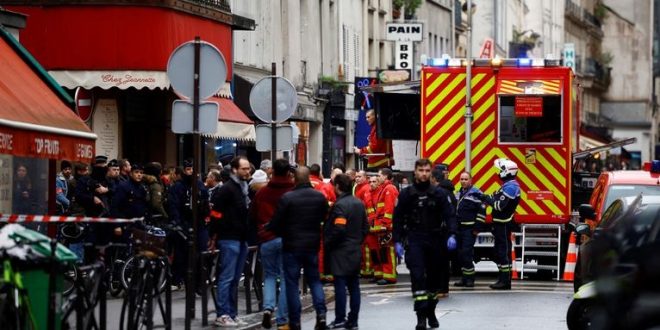 Scuffles break out in Paris after gunman kills 3

PARIS: Scuffles have broken out after least three people were killed by a gunman in a central district of Paris, in what authorities say was likely a racially motivated attack targeting a Kurdish cultural centre. 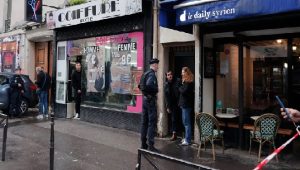 Angry residents took to the streets as police in riot gear cordoned off the area around Rue d’Enghien, where the attacker had been arrested earlier.

A correspondent of a media outlet Natacha Butler said, “People here feel that that shooting was against them and against their community.”

The correspondent was forced to take cover as riot police fired tear gas at the angry mob.

A police source told media that a 69-year-old man has been arrested in connection with the incident.

“The shooter has been arrested with his weapon. The danger is over,” the source said.

“His identity is in the process of being checked,” it added. The motive remains unknown.

Mathilde Panot, parliamentary head of the hard-left France Unbowed political party, immediately pointed the finger at the far-right, calling it a “racist attack”.

“The shooting took place at a Kurdish community centre situated in the Rue d’Enghien as well as at a restaurant facing the Kurdish centre and a hairdresser”, said Mayor Alexandra Cordebard. 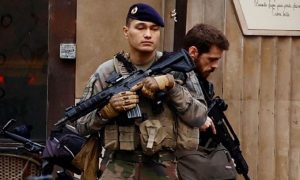 Cordebard added that the attacker was also wounded and is hospitalized.

The suspect behind the shooting had attacked a migrants’ camp one year ago, according to the French BFM TV.

One witness told French news agency media that seven or eight shots had been fired.

A shopkeeper in the area told media she had heard seven or eight shots in Rue d’Enghien in the 10th arrondissement, saying, “It was total panic. We locked ourselves inside.”

The shots shortly before midday (11:00 GMT) caused panic in the neighborhood, a bustling area of shops, restaurants and bars.

“There are three dead, one person in intensive care and two people with serious injuries, and the suspect, who was arrested, has also been injured, notably to the face,” Paris prosecutor Laure Beccuau told reporters.

French interior minister Gerald Darmanin said he would travel to Paris and visit the scene of the “dramatic” shooting.

The Kurdish community centre, called Centre Ahmet Kaya, is used by a charity that works to integrate the Kurdish population in the Paris region. 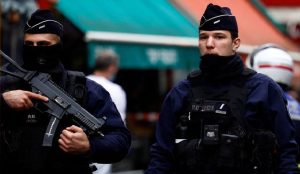 The attack came as Paris’s Kurdish community prepared to commemorate the anniversary of the killing of three Kurdish female activists, who were found dead on the premises of the Centre d’Information sur le Kurdistan located on 147 Rue La Fayette in Paris.

On dated 19th December, five people have been killed and another wounded in a shooting in the suburbs of the Canadian city of Toronto.

The suspect also died on Sunday after an exchange of fire with law enforcement officers, Police Chief Jim MacSween told reporters, saying the shooting took place in an apartment building.

The wounded person was taken to a hospital with non-life-threatening injuries.

Police were called to the site Sunday evening.

Experts say that a new terror wave is being affected badly across America and Europe like Asia, Africa and Australian and it is expected that some more terror attacks are in pipeline, sources told PMI. (Int’l Monitoring Desk)