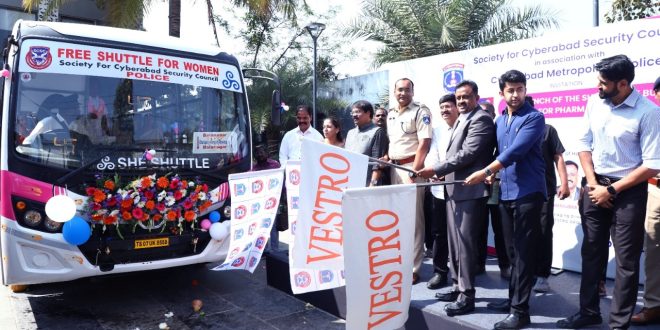 SCSC & Vestro Solvents flag off the 13th SHE Shuttle in Cyberabad, the 4th in the Pharma and Manufacturing zone 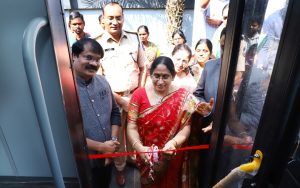 The SHE Shuttle will ply from Balanagar to Bowenpally via Dhulpally.  This route will facilitate all working women in the Jeedimetla & Balanagar industrial zone to utilise the SHE Shuttle services
The latest technology-driven security system, all-women passengers and a free ride is what makes ‘She Shuttle’ a dream transport for many women working in Industrial zones. Corridor.  Employees can 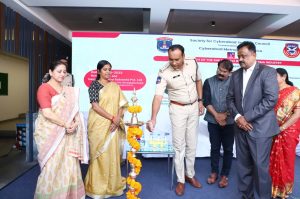 continuously monitor the real-time movement of the SHE Shuttles will give another shot of confidence to women passengers and they need not to spend time waiting for the  SHE Shuttle at the bus stops.  SHE Shuttle is a big success in IT Corridor and with this launch, there are 13 SHE Shuttles of SCSC running in Hyderabad.  SHE Shuttles continuously run in circular fashion, for the benefit of women employees. Mr.G Sandeep, DCP Balanagar said “With the introduction of the SHE Shuttle in Jeedimetla area,  a safe environment is ensured for working women who commute in these routes”.

Mr Krishna Yedula, Secretary General said “SCSC is very happy to launch the 4th  She Shuttle in the Pharma & Manufacturing zone. We want to ensure a  safe and secure eco system for every working employee. Ms.Madhavi, zonal Manager, IALA appreciated the good initiative and said will extend support to more SHe Shuttles in the adjacent areas in the coming months.

Mr.Ramasubba Reddy, Managing Director of Vestro Solvents, a Pharma company shared his experience on how women in rural areas were put to difficulty without proper transports during his

days which became an impediment for them to go out and work. He has therefore offered his support in bringing about this service in  this lesser available  transport of the industrial corridor. 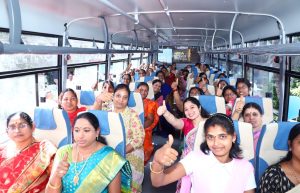 Ms.Jyotsna Angara, SCSC Executive Committee Member said that it is a warm gesture of Hyderabad City and SCSC supported by Vestro Solvents to bring out such initiatives aiming at women safety. Increasing such initiatives will bring in confidence to more and more women in the city.