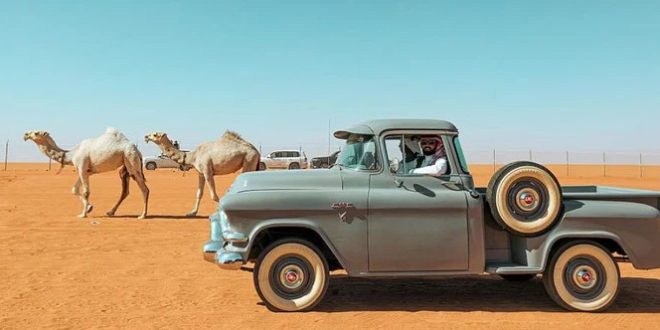 MAKKAH: A classic car show at the King Abdulaziz Camel Festival has opened a window into the past with parades featuring timeless vehicles.

The show offered car owners the chance to demonstrate their commitment to preserving classic cars. 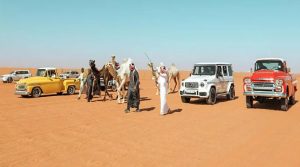 Held 130 km north of Riyadh, the 45-day camel festival that opened on Dec. 1 is one of the largest of its kind in the Middle East.

It reflects the history of the Arabian Peninsula and the life of its people through several interactive sections that transport visitors to the past, highlighting Saudi efforts in consolidating culture and national heritage.

Mohammed Al-Harbi, spokesman for the Camel Club, which organizes the annual event, told Arab News that the celebration aims to revive local heritage, as it is customary for camel owners celebrating a special occasion.

He added that classic car shows were launched so that camel owners could rent and escort the luxury vehicles on parades. Classic cars are known and loved among the people of the Arabian Peninsula, Al-Harbi said, adding that the vehicles “simulate the experiences of many in the past.”

Al-Harbi said that the festival activities, including camel shows and classic car processions, are among the important cultural components of the Arabian Peninsula and are based on a heritage that the Kingdom is proud of.

“We can see that the audience positively interacts with festival activities. We can also see the excitement in the eyes 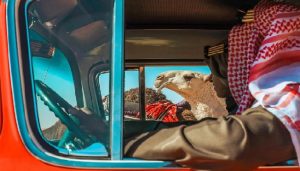 of visitors. The festival is not about some camels in the desert, it portrays the history of families and their traditions, passed down from one generation to another,” Al-Harbi added.

“This heritage is not only related to the Bedouins of the Arabian Peninsula but also villagers who relied on camels to transport their daily needs such as water and food.”

He said that the people of the Arabian Peninsula should treasure the heritage surrounding camels and their place in the history of the region.

“No matter how much progress we have made, we adhere to our values, principles and our great heritage,” he added.

“We are extremely proud that Saudi Crown Prince Mohammed bin Salman is the general supervisor of the Camel Club, and the largest award in this field presented in the world is the King Abdulaziz Camel Festival.

“This is proof of both the official and popular interest in what we do.”

Collecting cars is more than just a hobby for some car enthusiasts, with many seeking to preserve objects that appear to be frozen in time. 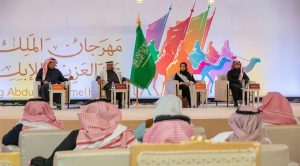 Every classic car is a little slice of history that tells a story. It is not simply an automobile, but a personal story of the designer, manufacturer and buyer.

It is also a story of survival, with the automobile industry for decades producing faster, cheaper and economically friendly cars that lack the details of classic vehicles.

Classic cars were created in an analog world where designers used pencil and paper to create elegant shapes and flowing lines, something that is difficult to replicate in the computer-based design world of today.

Dr. Nasser Al-Massari, a retired Saudi academic, turned his love and passion for classic cars into a personal museum at his home in Riyadh, displaying and proudly showcasing to the public a collection of 36 classic vehicles from all over the world, with an estimated value of up to $6.7 million.

Speaking to Arab News, he said that the oldest car he owns dates back to 1929, while the newest was manufactured in 1979. (Arab News)