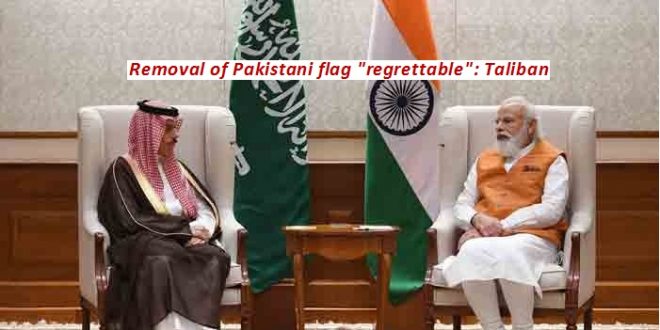 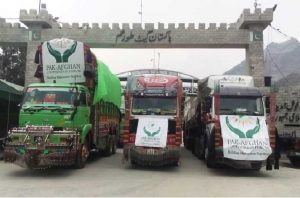 Speaking to The Hindu, Saud said Riyadh was ready to mediate between Islamabad and New Delhi, however, adding that it is up to both countries to decide the time for that.

“We will always provide our good offices when we can, but it’s up to India and Pakistan to decide when the time is right,” he said.

The minister also spoke about the Afghan government, saying that there is a lot the international community can do to safeguard the rights of women.

“Engagement, setting a good example, cooperation and coordination can help to encourage actors to go in the right direction,” he said of the Taliban.

When asked whether the Kingdom thinks it will withhold aid from the Taliban till the group does not become “moderate when it comes to their stand on women’s education, terrorism and so on”, Saud said the aid is meant for the people of Afghanistan. 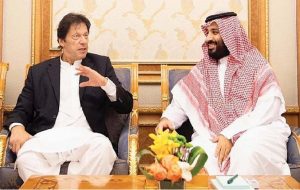 “Therefore, our position is that aid should continue and should not be affected by these situations,” he said.

He said it was important that the Taliban take into consideration the international community’s concerns and not let the country become a hub for militants and terrorists.

“The Taliban have a responsibility to exercise good judgment and good governance, to be inclusive, to bring in all people in Afghanistan, and to forge a path that can lead to stability, security and prosperity,” he said.

Tensions have been high between India and Pakistan ever since New Delhi rushed through a presidential decree to abolish special status granted to occupied Kashmir under the constitution.

Pakistan reacted sharply to the move, suspending bilateral ties with India. Since then, the two countries have often traded barbs over various issues with each other and traded fire frequently across the Line of Control (LoC).

Meanwhile, Taliban spokesman Zabihullah Mujahid on Tuesday said the removal of the Pakistani flag hoisted on one of 17 aid trucks that brought relief goods to Afghanistan via 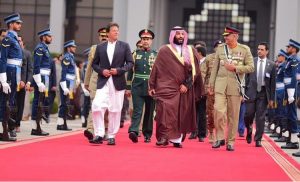 Torkhan border is “regrettable” and that those responsible for such actions have been ordered arrested and their weapons seized.

Mujahid said that all the Taliban leaders have expressed their regret in the matter, adding that they were all “saddened” to learn of something like this being done in response to aid trucks being sent.

“We will put a stop to such incidents, going forward,” he added.

His statement comes in response to a viral video on social media showing a member of the Taliban removing a flag attached to the side of a parked aid truck dispatched by Pakistan on Sunday.

The 17 trucks sent by Pakistan carried 278 tonnes of edible items, including 65 tonnes of sugar, three tonnes of pulses, 190 tonnes of flour, 11 tonnes of cooking oil and 31 tonnes of rice.

Of the 17 trucks, 13 were received by Consul General of Pakistan at Jalalabad Abidullah and Regional Head Ministry of Industries and Private Sectors Maulvi Mubariz, who thanked the government of Pakistan and Pak Afghan Cooperation Forum (PACF) for helping Afghan people. 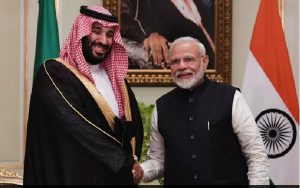 Pakistan’s Ambassador to Afghanistan Mansoor Ahmad Khan shared photos of the aid being received in Jalalabad, along with a press release.

The remaining four trucks were received on Monday by Maulavi Mubariz in Nangarhar.

According to the envoy, Pakistan has now begun using land routes and that these supplies, along with blankets and tents, will continue being sent in the coming weeks “to help people meet the needs of incoming winter season”.

Chairman Pak-Afghan Cooperation Forum (PACF) Habibullah Khan Khattak, has noted that the 40-year-long war in Afghanistan ruined the economy, agriculture and administrative infrastructure of the country and the sudden withdrawal of international aid agencies put the entire population at risk.

Habibullah said last year’s drought also added to the miseries of the Afghan people who are now facing a humanitarian crisis.