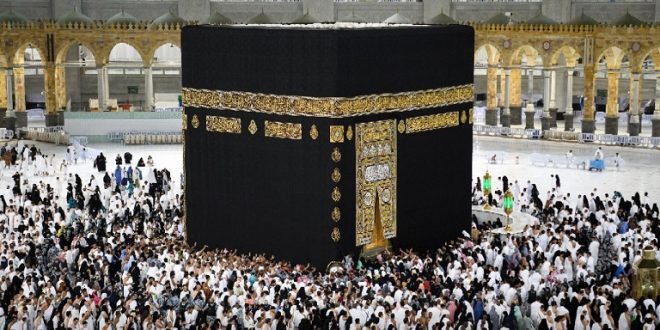 Saudi Arabia does away with protective barriers around Kaaba

MAKKAH: The Saudi government has removed the protective barriers around the Holy Kaaba as it eases restrictions imposed due to coronavirus. 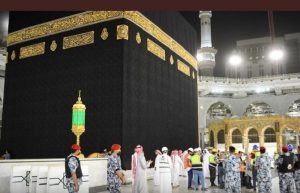 The Saudi Gazette reported that directions to lift the barriers were given by Sheikh Abdul Rahman Al-Sudais, the head of the general presidency for the affairs of the two holy mosques, after King Salman issued a royal order for it.

The decision has been taken amid the start of the Umrah season with a constant increase seen in the inflow of pilgrims and visitors to the Grand Mosque.

“The presidency is working with all the sectors operating at the Grand Mosque to receive pilgrims and provide them with all services and facilities,” Sheikh Al-Sudais said.

The Saudi government, according to the publication, placed barriers around the Kaaba on July 1, 2020, in a bid to restrict the spread of coronavirus.

It also denied permission for Hajj and Umrah pilgrims and visitors from touching or kissing the Kaaba and the Hajar Al-Aswad (the Black Stone). (Int’l News Desk)