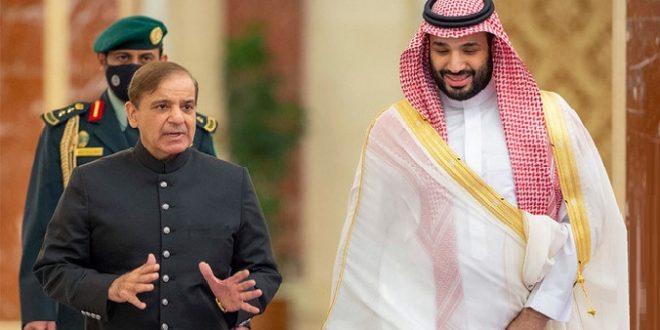 RIYADH/ ISLAMABAD: Saudi Arabia will discuss the option of extending the terms of its $3bn deposit in Pakistan’s central bank to help Islamabad’s faltering economy, according to a joint statement.

In recent years, Saudi Arabia has provided Pakistan with $4.2bn of support in the form of a $3bn loan deposited with the central bank as well as $1.2bn in deferred oil payments to boost its foreign reserves. The cash-strapped nation’s foreign exchange reserves plunged below $11bn last month. 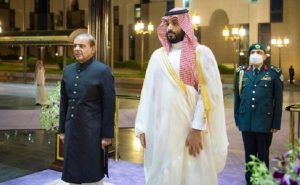 “The Kingdom of Saudi Arabia affirmed its continuous support to Pakistan and its economy, including the discussion of augmenting the $3bn deposit with the central bank through term extension or otherwise,” a joint statement issued on Sunday said.

The latest sign of support follows a visit to Saudi Arabia by Pakistan’s new Prime Minister Shehbaz Sharif, who has inherited a crippling national debt, galloping inflation and a weak rupee.

Saudia Arabia also pledged “to further enhance the financing of petroleum products” at a time when the South Asian country is suffering from frequent power cuts.

The Gulf nation has long been a regular source of financial relief for successive governments.

“Pakistan deeply values the Kingdom’s continued support to Pakistan,” tweeted Sharif, adding that the joint statement “ushers in a new era of close cooperation” between “our two brotherly countries”.

The statement comes after recent talks between Pakistan and the International Monetary Fund (IMF) over the release of funds under an existing $6bn aid program that had stalled due to concerns about the pace of reforms. 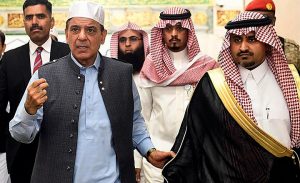 “The little financial help we can get from any country would help us given the condition of our economy,” Kaiser Bengali, a veteran economist, told media “but for how long will we run our economy on loans? This policy is not going to work even for the next five years.”

Pakistani Finance Minister Miftah Ismail, who had stayed on in Saudi Arabia for “technical-level talks”, was due to land back in Pakistan on Sunday evening.

Pakistan’s Prime Minister Sharif also met Organization of Islamic Cooperation Secretary-General Hissein Ibrahim Taha during his visit. A range of issues facing the Islamic world was on the agenda, including the situations in Palestine, Afghanistan, and Indian-administered Kashmir.

Sharif was elected Pakistan’s prime minister on April 11, succeeding Imran Khan, who was ousted in a parliament no-confidence vote.