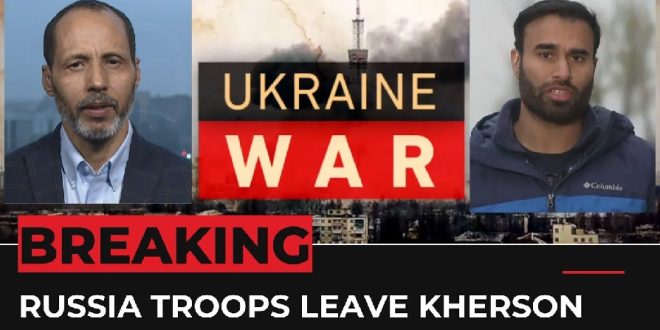 KYIV: From propaganda billboards plastered all over Kherson city to fiery speeches by Russian and Moscow-appointed officials, the mantra repeated over much of the past year was the same: “Russia is here forever” but such declarations invite mockery these days, as tens of thousands of Russian servicemen hastily pulled out of the capital of the eponymous southern region on Thursday, with Ukrainian troops entering it a day later. 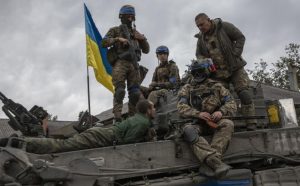 Russia’s retreat from the largest urban centre it captured since it invaded Ukraine marks a tectonic shift in the war, gives a boost to the faltering Ukrainian economy and further undermines Moscow’s geopolitical prestige in the countries of the former Soviet Union and beyond, analysts have said.

The Belgium-sized Kherson province was seized within days after the February 24 invasion began, becoming Russia’s largest and most strategic gain.

In late September, Russia proclaimed it had annexed the Kherson region and three other Ukrainian provinces, a move denounced as illegal by Ukraine and its allies but on Wednesday evening, as a weeks-long Ukrainian counteroffensive continued gathering pace, Russian officials announced a withdrawal from the capital city to save the lives of soldiers amid difficulties to keep supply lines open.

Shortly after the pullback announcement, pro-Kremlin figures bemoaned the loss of dozens of tanks and armed-personnel carriers to Ukrainian servicemen.

“Why wasn’t it all blown up or burned down?” Yuri Kotyonok, a Russian military correspondent, asked rhetorically in a Telegram post on Thursday. 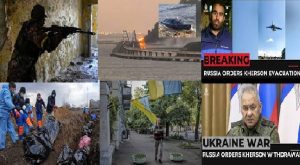 Still, the Kremlin claimed the region remains “part of Russia”, with spokesman Dmitry Peskov saying, “there can’t be any changes”.

The reality, however, is that Moscow has lost its only stronghold on the west bank of the Dnieper River, Ukraine’s largest and widest.

The pull-out also means Russian forces “lose a chance to part Ukraine in two” by advancing towards central regions, he said.

What can be split in two instead is the crescent-shaped chunk of Russia-held eastern and southern Ukraine.

Emboldened Ukrainian forces could march across the sparsely populated steppe areas towards the southeastern ports of Berdyansk, Melitopol and Mariupol on the Sea of Azov, Mitrokhin said. 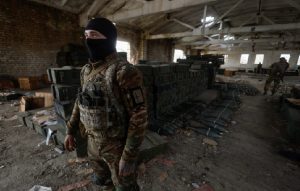 When it happens, Russian forces in the still-occupied part of Kherson region may be forced back into the Crimean Peninsula, which Russia annexed in 2014, while in the east, they will need to withdraw to the separatist-controlled parts of the rustbelt Donbas region.

After Russia withdrew its troops from near Kyiv and northern Ukraine in April, it planned to concentrate on seizing all of southern Ukraine, including the Black Sea port of Odesa and areas bordering Transdnistria, a pro-Russian separatist region in neighboring Moldova.

These plans now also seem to have fallen through, Mitrokhin said but what was paramount, he added, was the final failure of Russia’s designs to topple President Volodymyr Zelenskyy’s government, Moscow calls it a “Nazi junta” and to “de-militarise” his nation by thwarting its plans to join NATO.